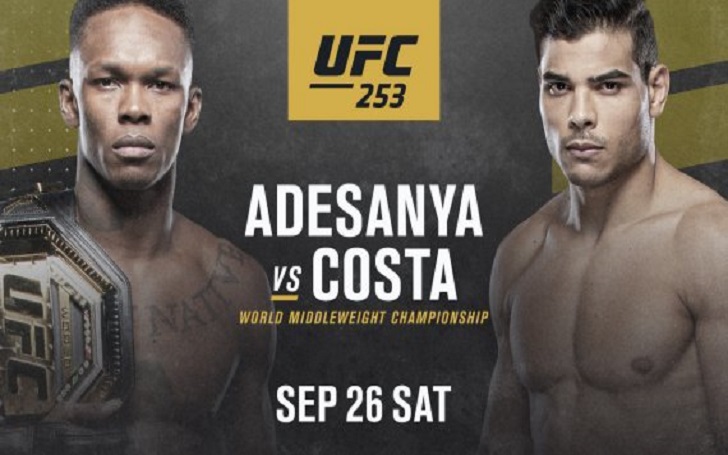 UFC recently revealed a UFC Middleweight title between Israel Adesanya and Paulo Costa for UFC 253 on September 26 while the location has not been fixed yet. UFC President Dana White believes the scheduled headlined for the PPV event will be the best fight of 2020.

White announced the fight on UFC 252  post-fight press conference on Saturday and told:

"I don’t know what you guys think, but I predict that’s ‘Fight of the Year. I think stylistically, it’s the perfect fight. If you look at the way Costa fights, he puts pressure on you, he stays in your face the whole time. Adesanya likes to stay on the outside and pick you apart."

"I think that fight is going to be an absolute war. Just stylistically, it matches up really, really well, and both guys are animals. Both guys want this fight really bad, and I think it’s going to be ‘Fight of the Year.'"

Both these middleweights are undefeated in their career and defeated Yoel Romero in their previous bout. Costa won against Romero at UFC 241 while Adesanya beat him at UFC 248.

Who do you think will come victorious? Have your say.