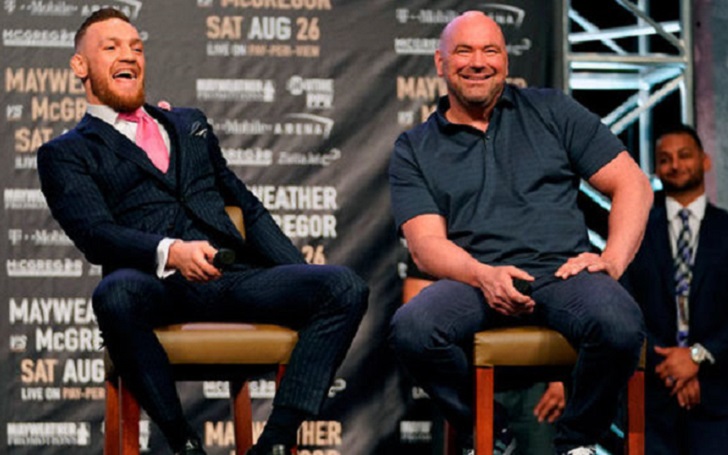 Dana White has opened the door for Conor McGregor at UFC 242 in Abu Dhabi and permitted him to appear and roast Khabib Nurmagomedov.

The Notorious frequently referred Khabib's wife as a towel recently and even ahead of their mega bout at UFC 229, but, what we believe is the UFC fans in UAE now can understand this is all about the Irishman's fight promoting rather than mocking their religion.

"He could, probably, show up to that fight. I honestly believe that in that region they like Conor McGregor, too. I know they take things a little serious when stuff is said but Khabib won the fight. And I think it’s all just trash talk leading up to. Obviously Khabib and Conor, there’s no love lost. Those guys do not like each other. But it’s part of the business. I would have no problem with Conor showing up there.”

“He could (attend). He could possibly. He hasn’t said, (but) I’m saying he could probably show up to that fight. I don’t know if he will. He hasn’t said anything to me.”

He also hinted that there could be a Khabib-Conor rematch after the lightweight champion passes Dustin Poirier.

“Nothing has changed with Conor McGregor since the last time I talked to you. He wants to rematch and, again, we’ll see how this thing plays out in September.”

UFC 242 is scheduled for Sept. 7 at the du Arena in Abu Dhabi. The main card streams live on pay-per-view with the prelims on ESPN and ESPN+.