Ben Askren is a semi-retired mixed martial artist and former amateur wrestler for the University of Missouri and the United States Olympic team. He is the former ONE Welterweight Champion and Bellator Welterweight Champion as well. Askren traded to UFC in exchange for Demetrious Johnson from One Championship.

Askren is famous for his grappling skills. Let's take a look at his wiki to gain more information regarding his career, net worth, personal life, family, and more.

Ben Askren Net Worth and Salary

Askren earns a huge amount of salary and his total salary boosted his net worth. Although the exact deatils of his net worth is still under review, reports suggest that he holds a net worth of over $1 million. Additionally, his current fortune is not only generated from his professional career but also from different endorsement deals and commercials.

His disclosed career earnings sum up to $830,500 from the UFC and has also earned thousands of dollars from One Championship. He has a record of 18 wins in his career so he must have gotten a hefty amount of win bonus as well. Also, Askren lives a luxurious lifestyle and he has a Rolls Royce and Lamborghini as well. 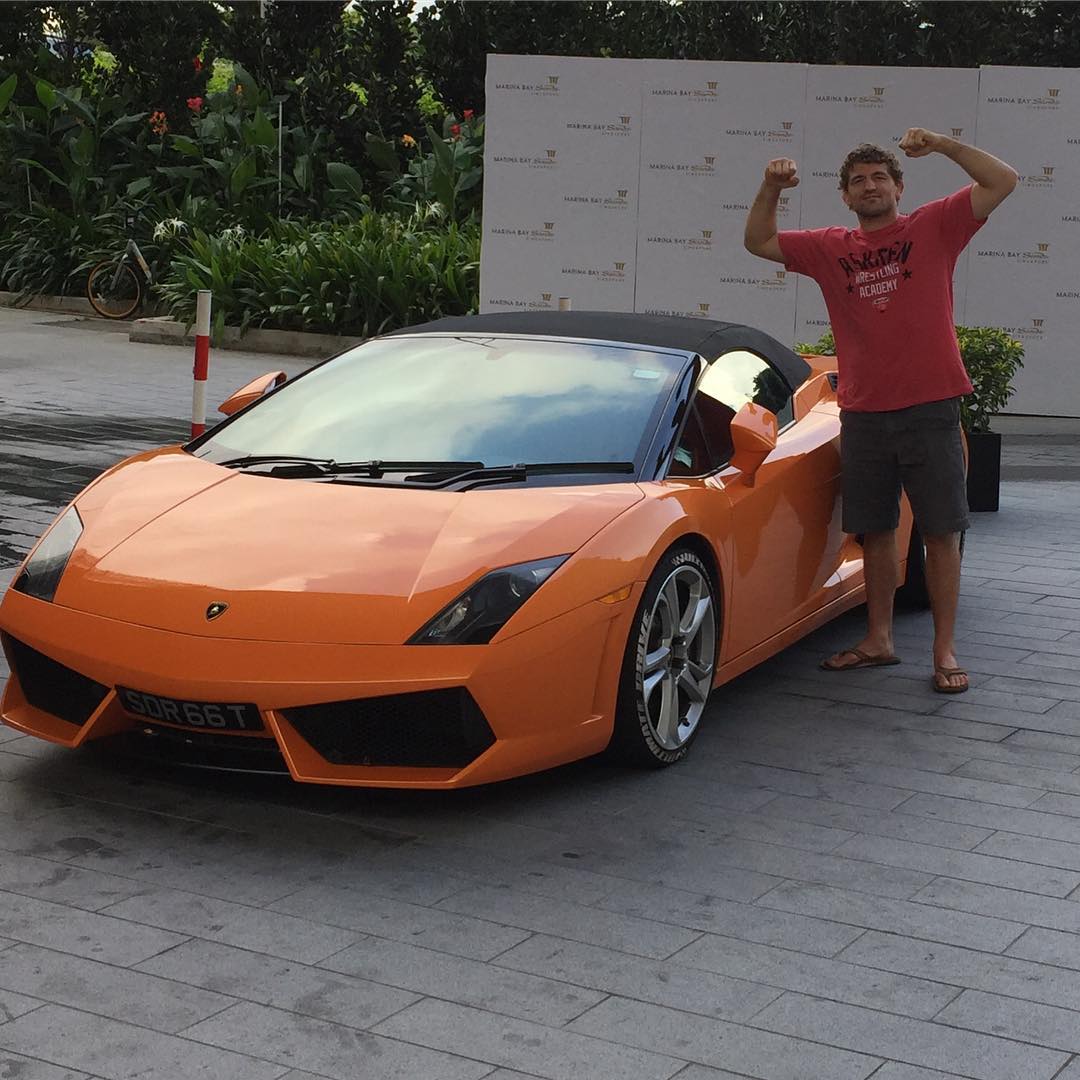 Askren reportedly earned $350,000 for his win against Lawler at  UFC 235- which is also the biggest paycheck of his career. He slammed the Reebok fighter pay after the match and said:

“I only have to wear Reebok to this. And to the open workout, and to the weigh-ins, and to the fight, all that stuff… They’re not paying me enough though. I got put in that damn first bracket. I didn’t think about that [when I signed with the UFC]. When I thought about it, I probably should have negotiated the Reebok money up ’cause they’re not paying me enough. I think it’s $3,500 only? It’s pretty terrible.”

Funky faced Jorge Masvidal at UFC 239 and was knocked out in 5 seconds. Despite his loss, he earned about $210,000 from the fight.

Askren is a married man and he has a beautiful spouse whose name is Amy Askren. The two tied the knot in the year 2010. Askren is a loyal and dedicated husband. Their relationship is depending on mutual trust and understanding. Askren isn't engaged in extramarital affairs. 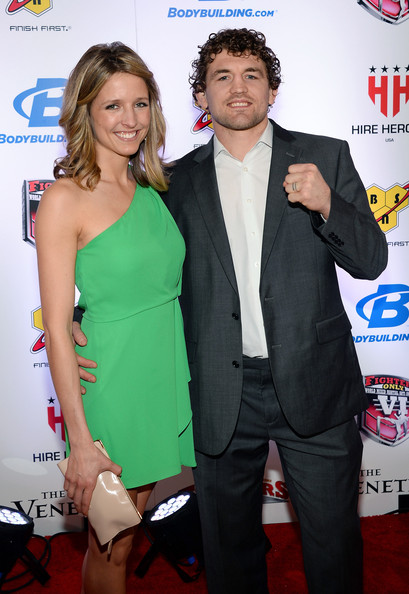 Askren also has 3 children with his wife Amy Askren, a son and two daughters. Unfortunately, there is not much information about them. However, he seems to be a good father and he spends a lot of time with them. 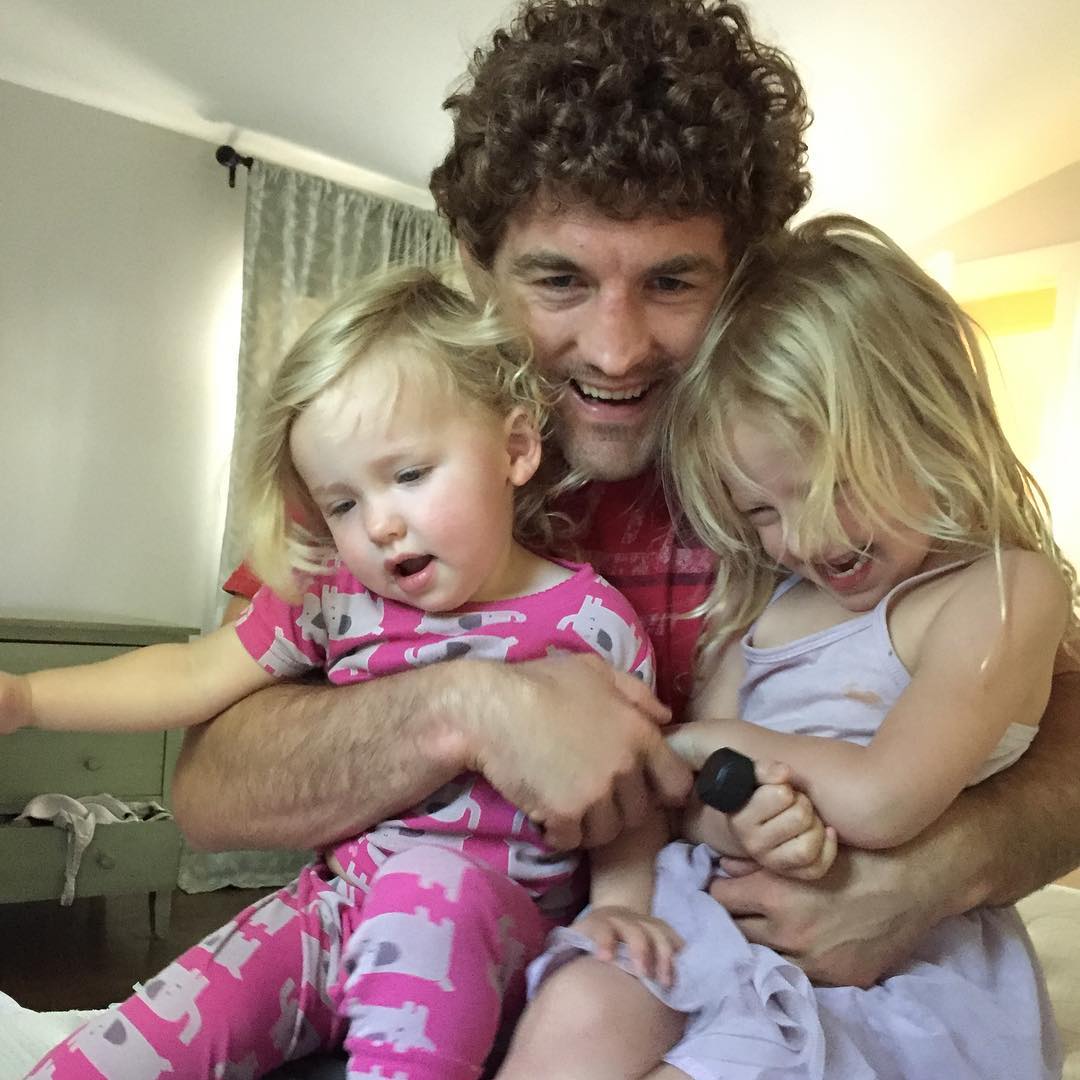 There are no rumors of divorce between the lovely couple. The blessed couple is often caught and found in parties.

This paramount player was born in on July 18, 1984, in Hartland, Wisconsin, US. Askren is an American by his nationality and his ethnicity is white. He has a younger brother named Max Askren.

Talking about his early phase of life & career, Askren is a two-time state champion in wrestling at Arrowhead High School in Hartland, Wisconsin. He worked as an associate wrestling coach at Arizona State University. Askren was also an amateur wrestler for the University of Missouri where he finished with 87 match-winning streaks. He won awards like the Outstanding Wrestler award, Dan Hodge Trophy, and the Rev Wrestler of the Year.

Askren showed his skills and talents in the Summer Olympics 2008 however he was defeated. He has won gold medals in the 2005 Pan American Championships, 2008 United States Championships, and 2009 World Championships under Men's freestyle wrestling category.

Ben Askren was not only limited to wrestling. He also showed his skill and talent in mixed martial arts. Askren made his professional MMA debut on Feb 7, 2009. He defeated Josh flowers via TKO early in the first round. Askren participated in Bellator Fighting Championship Season 2 Welterweight Tournament and eventually won the title.

Askren has defeated fighters like Douglas Lima, Lyman Good, and Nick Thompson. defended the title from 2010 till 2013 as he left Bellator to became an unrestricted free agent. He attempted coming in terms with the UFC but things did not work out as Askren claimed the negotiations were dirty.

Askren joined the One Championship in 2013 and became the ONE Welterweight Champion after defeating Nobutatsu Suzuki. He retired from MMA on November 24, 2017, after winning his last fight against Shinya Aoki.

Askren talked about the possibility of fighting George St. Pierre and later claimed he would fight St. Pierre in the spring of 2019. Askren has a record of 18 wins in his MMA career. Ben Askren was desperately wanting to join the UFC and fight GSP and he even had created a video dedicated to UFC president Dana White after Dana blocked him on his Twitter account.

He fought Robbie Lawler at UFC 235 on March 3, 2019, and defeated him via a rear-naked choke in the first round. He then faced Jorge Masvidal at UFC 239 where he suffered the first loss of his career. He was knocked out in 5 seconds- facing the fastest knockout loss in the UFC history.

Askren then had a bout against Demian Maia at UFC Fight Night 162. He was defeated via submission in the third round. After two consecutive losses in the UFC, Askren announced his retirement as he needed a hip replacement in November.

Askren is scheduled to fight Youtuber Jake Paul in a boxing match.

Recent News: Ben Askren still adding to his resume even in Defeat

Ben Askren has a height of 5 feet and 10 inches and his body weight is 170 lbs, he is one of the most active fighters in the social network. He is regarded as one of the best trash talkers in the game and after Chael Sonnen, and Conor Mcgregor.

Askren's age is 34 years old. People followed him on Twitter and Instagram. Askren has engaged in roasting MMA players like Colby Covington, Nick Diaz, and many others as soon as he entered the UFC.