Ben Askren still adding to his resume even in Defeat 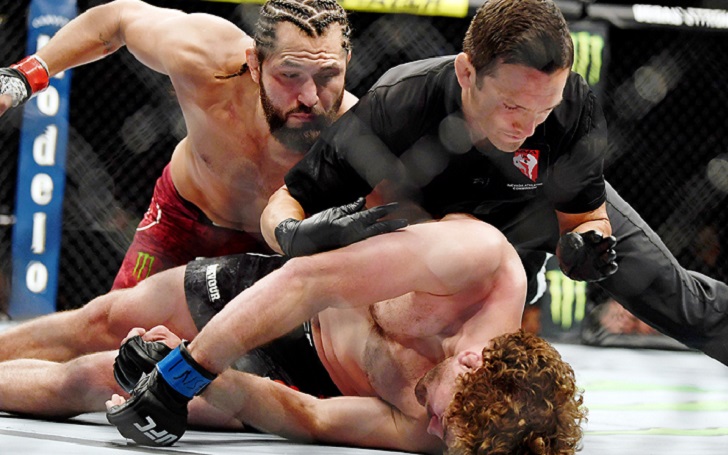 Ben Askren, despite suffering the first loss of his career at UFC 239, is still hitting his own, promotional homeruns. "Funky" got knocked out in just 5 seconds by Jorge Masvidal but the way he handled his loss has increased his resume.

The 5-seconds knockout was the fastest in UFC history.

Askren vs Masvidal was anticipated to be the top draw at UFC 239 as the two had various verbal exchanges. Askren has also been a top trash talker in the industry since joining last year. He has not backed when it comes to calling out popular and top UFC stars.

"Funky" was intensely KO'd by Gamebred and was provoked as he laid unconscious but he brilliantly handled his loss. Talking on Ariel Helwani’s MMA Show, Askren said:

“I got nothing to hide from. Things happen, losses happen. Saturday night was definitely not ideal for myself, but I got nothing to complain about,” said Askren. “There is a little part of my memory that is blank there. I remember being in the cage with him. I don’t really remember the flying knee and then when I can recall, I remember everything. So I was like, ‘Oh sh-t, I lost to Jorge Masvidal. This freaking sucks.’”

“And I’ve always thought, ‘Who the hell gets caught with a flying knee? Can’t you see that coming? It’s coming from so far away?’ But when I watched the film, I don’t like Jorge at all, but that was a damn good flying knee. He hit it fast and explosive. He got some serious airtime on it and connected on the right spot."

That definitely was a brilliant strike and you have to respect Askren for giving a credit though you support Masvidal. The flying knee got quite popular on social media and Askren was criticized quite alot for getting knocked in 5 seconds.

And about the knockout, the former One Champion said:

“I feel like I probably deserve it. I’ve been antagonizing people for almost a decade now, and it never came up on the end of the stick. Now, I’m not reading everything they’re antagonizing me with. I’m just scrolling through it. I don’t want to dwell on that. But fair enough. I always figured that when this point happened, I’d get lit up. I’m not paying attention to it, but I’m sure I’m getting lit up.”

We just have to wait and see what Dana White has for Askren after this vicious knockout loss. Will he get a top contender or a title shot? What do you think?