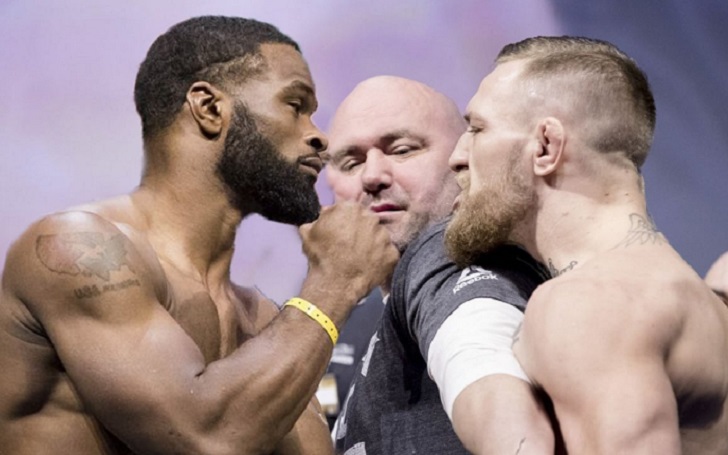 A lot of fighters call out Conor McGregor, but few of them can get the attention of Irishman. While several UFC stars like Nate Diaz, Max Holloway, Jose Aldo, Donald Cerrone are lined up to take against him, another UFC fighter has joined the list.

After his recent title bout loss to Kamaru Usman, The Chosen One doesn't seem to be getting a rematch, so, he decided to call out Conor McGregor instead. The former Welterweight champion when asked about who he will face next revealed his desire to face the former lightweight champion.

"We both just lost in a world title fight. You ain’t in no position to call no shots. You lost, you started a huge religious, culture war, you just got into some smoke by smashing a fan’s phone, you’re constantly in trouble, you constantly get passes. You get through Tyron and we’ll talk. “I’m dead ass [serious],”

“We obviously had a little smoke in the past. We never really saw that. I checked my phone, it’s been blowing up about it. So, wherever Conor McGregor at drinking that Proper 12, let’s get this work in. Come get this smoke.”

Conor earlier announced that he would probably make his Octagon return in July, however, he hasn't revealed who he is fighting next. He still has enough picks for his super comeback so the Welterweight bout against Woodley doesn't seem to be possible. The Notorious reportedly is looking forward to Nate Diaz trilogy.

Who do you want Conor to fight next?