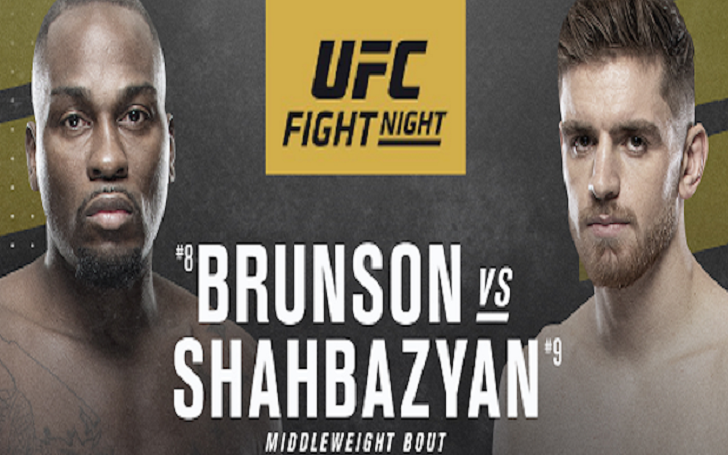 UFC On ESPN+ 31 was originally scheduled to headline with the women's bantamweight bout between the former UFC Women's Bantamweight Champion Holly Holm and Irene Aldana. However, the fight was canceled after Aldana tested positive for coronavirus which led middleweight bout between Derek Brunson and Edmen Shahbazyan to move up to the main event.

Then UFC veteran Brunson has an MMA record of 20-7-0 with 4-4 in his last 8 bouts. The No. 8 ranked middleweight fighter is on a two-fight win streak defeating Elias Theodorou and Ian Heinisch via decisions. Derek's opponent, the 22-year old Shahbazyan has made an impressive start with UFC winning all 4 matches in the promotion. His MMA record is 11-0and is currently ranked 9th in the division ranking- one spot behind his opponent Derek.

The co-main event features the bout between Joanne Calderwood and Jennifer Maia. Calderwood, who seemed to be next in line for a shot at UFC women’s flyweight champion Valentina Shevchenko, accepted the bout on short notice.