Edmen Shahbazyan is an American mixed martial artist who currently competes in the middleweight division of the Ultimate Fighting Championship (UFC). Earlier, he fought in the CFX and has amassed the MMA record of 11 wins and 0 losses.

Edmen is scheduled to headline the UFC on ESPN+ 31 fighting against UFC veteran Derek Brunson. Moreover, he is one of the rising fighters in the middleweight division who could challenge current champion Israel Adesanya.

Edmen Shahbazyan made his way to the UFC through Dana White contender series and has fought 4 fights in the promotion since then. Edmen's UFC career earnings is reported to be $162,000, and the young talent is expected to earn much more in the future.

Edmen is scheduled to headline the UFC on ESPN+31 against Derek Brunson. He will earn thousands of dollars from the fight.

Who is Edmen Shahbazyan's Girlfriend?

Edmen Shahbazyan, who reportedly has not married, is in a relationship with his girlfriend Kristina Shahakian who is very active and popular on Instagram with the Instagram handle @blogbykristina. The California native has been very supportive throughout the fighter's life. The couple is together for a couple of years and Eden first posted the photo of his girlfriend on Instagram in January 2018. 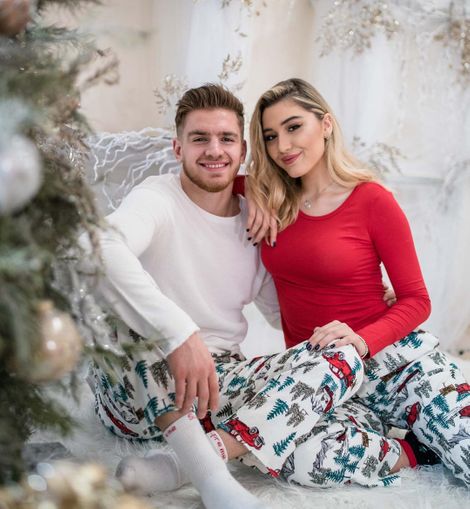 His partner is active on Instagram and sells different products and fashion items through her social media. Kristina also attends Eden's fights and supports him from the cageside.

On his girlfriend's birthday in August 2019, Edmen posted the photo of the couple and captioned:

Happy Birthday @kristinasahakian !! Thank you for always being next to me and supporting me in everything I do! Wishing you all the best, always! Love you!

The middleweight fighter was born on November 20, 1997, in Glendale, California, United States. He is 22 years old as of July 2020. He also has a brother named Leon who is also a professional fighter. Edmen holds an American nationality and belongs to Armenian ethnicity. He began training MMA at the age of 9 and joined his current Glendale Fighting Club at 12. He was also a training partner of former UFC champion Ronda Rousey.