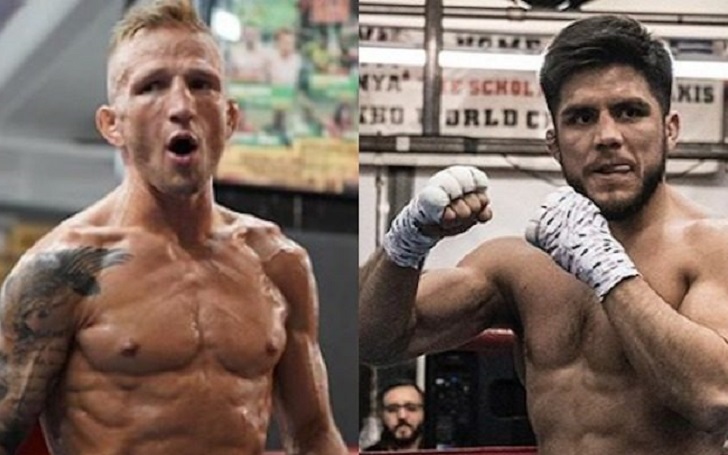 On Saturday evening, UFC's first partnership with ESPN starts in Brooklyn but it isn't for the bigger categories, rather it's for many smaller classes.

When TJ Dillashaw and Henry Cejudo fights inside the Octagon, we would have many questions like what if Cejudo wins, or what happens to the men's flyweight division? We don't know but of course, one thing to anticipate on a Saturday night is that it will be guaranteed fireworks.

It is a little surprising, that the co-main event features the former infamous NFL defense liner Greg Hardy is making his UFC debut against Allen Crowder.

Originally,  Hardy was planned to join a developmental campaign later this month, however, UFC decided it was time for Hardy's ESPN debut.

In less than one minute, Greg completed each of his three professional bouts and as per Mr. Dana White, he is a new star in the making, hence UFC has finally decided to throw Hardy a spot in its co-main event. Here's a look at the full Brooklyn combat card with the latest Bovada chances.

So, the odds are expected to change on behalf of Cejudo as meems on T.J are recently showing his bad looks after his serious weight cuts, hence odds are believed to go up on 125lb champ's behalf.

As per many critics, Dillashaw has benefits across the board, which are why Dillashaw will win. The biggest advantage is his unorthodox, striking style- height, weight, reach, style.

Nobody has ever figure out how to decode it, and the notable power behind those shots makes T.J unstoppable. Dillashaw has perfected his art in the last couple of years and he seems multiple levels above any fighters, so it will be a difficult ladder for Cejudo to climb after his win over the Mighty Mouse.