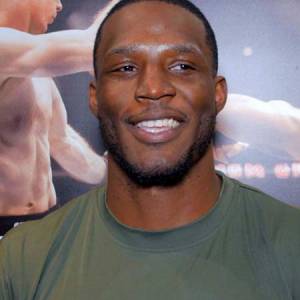 Six-feet-one-inches tall, Karl Roberson is a professional MMA fighter and former kickboxer from the United States. Currently, Roberson is competing in the middleweight division of the Ultimate Fighting Championship (UFC).

Roberson is also known by his nickname Baby K. He has the MMA record of 7-6-1.

Karl Roberson was born on 4th of October 1990, in Neptune, New Jersey, United States. His birth sign is Libra. By nationality, Roberson is an American and is of Afro-American ethnicity.

Roberson first began kickboxing after graduating from his high school. He compiled an amateur record of 0-3.

Karl Roberson's Net Worth and Endorsement

Presently, Karl Roberson is signed to Ultimate Fighting Championship which is also his primary source of earning. Through his first UFC fight, he took home $10,000 show cash plus $10,000 win bonus and $2,500 Reebok sponsorship.

As of 2018, his exact figure of salary and net worth is under review.

After amassing three wins in amateur MMA. Roberson made his professional MMA career debut on 5th of June 2015, against Chike Obi at Ring of Combat 51. He won the fight via unanimous decision in round three.

He next faced Michael Wilcox at CFFC 50: Smith vs. Williams. He won the fight via armbar submission in the first round. Further, he set his wins against Elijah Gbollie and Derrick Brown at Shogun Fights 16 and CFFC 65: Brady vs. Saraceno respectively.

On 25th July 2017, Karl Roberson competed being opponent to Ryan Spann at Sana White’s Tuesday Night Contender Series 3. He won the fight via KO elbows in the round one.

On 11th November 2017, Roberson made his official UFC debut against Darren Stewart at UFC Fight Night: Poirier vs. Pettis. He won the fight via submission due to a rear-naked choke in the round one.

When it comes to personal life, MMA fighter, Karl Roberson is quite confidential. He has shared less to no information about his private life to the public. It seems that Roberson prefers distance to his personal life from his professional life. Also, he is inactive on social sites.