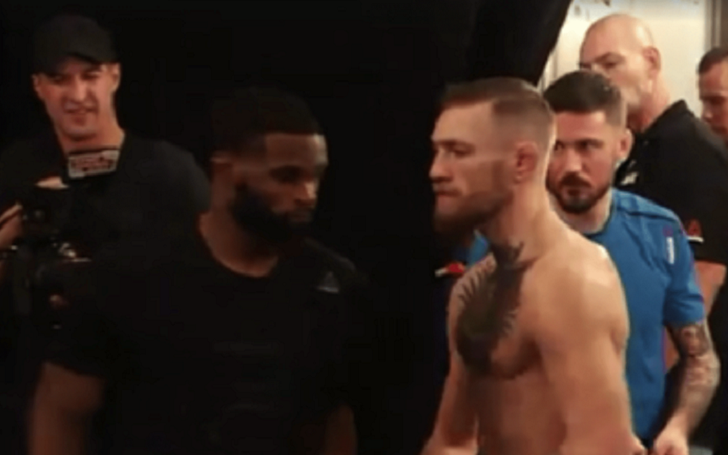 Tyron Woodley has never had a lot of an issue discussing what's at the forefront of his thoughts - particularly with regards to individual UFC warriors. So when Jon Jones was accused of a battery over a supposed occurrence in a strip club in April, it was normal that Woodley would say something regarding things in the end.

On an ongoing scene of his TMZ Sports appear, The Hollywood Beatdown, T-Wood took the discussion an unforeseen way, and some way or another reserved Conor McGregor into things: (translation through MMA News).

“We gonna act like Conor doesn’t do that every week? And we still want to put him on every fight card; he’s the biggest star. The second Jon Jones does something…”

“I’m defending the fact that we selectively throw people under the bus. Conor has done way worse things than Jon, and he’s glorified and praised as some Scarface of our sport. So I’m not gonna be too hard on Jon (when) I don’t even know the details.”

“I’m not gonna give him a pass, either, because it ain’t my job to give the pass out. All I’m saying is this: Let’s get all the details first, but let’s not forget there’s a lot of bullsh-t that go on in our sport that we glorify.”

Woodley (19-4-1, 9-3-1 UFC) had been scheduled to return against Robbie Lawler but was forced out of the bout with an injury. The former UFC welterweight champion remains on the sidelines.