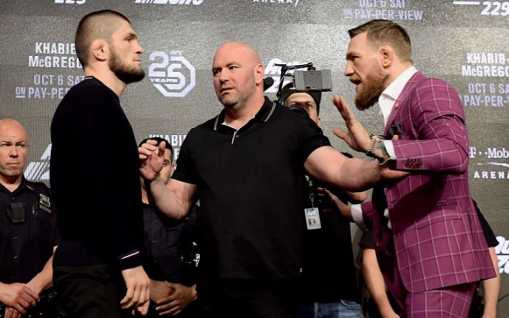 Khabib Nurmagomedov's team believes the win over old Donald Cerrone will not earn Conor McGregor the rematch against Khabib as revealed by his manager Ali Abdelaziz. UFC president Dana White announced that Conor will fight the winner of Khabib and Tony Ferguson for the lightweight title, after his impressive win over Cowboy at UFC 246.

Conor was heavily dominated by Khabib when the two lightweights met for the first time at UFC 229. The Russian picked up a submission win over Conor in the fourth round. The event was also highlighted by the aftermatch brawl between their teams that led to the suspension of both fighters and also were fined.

Khabib is currently preparing for a bout against Tony Ferguson at UFC 249 in April. Khabib and Tony were booked several times in the past but the bout was canceled every time due to various reasons.

Does Conor McGregor deserve a rematch? Have your say.