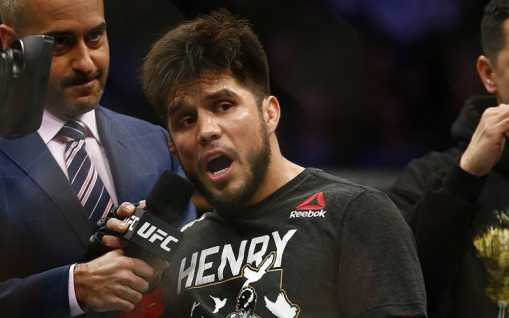 After struggling at the Featherweight division, the former 145-pound champion Jose Aldo is making his debut in the Bantamweight division in just a couple of days against former title challenger Marlon Moraes at UFC 245. While the former featherweight king will be testing his luck and strength in the 135-pound the Bantamweight champion Henry Cejudo believes, Aldo will not make the weight with a good shape.

Triple C, in an interview, said Aldo will look drained and will be dangerous while taking on an opponent like Moraes.

But if Aldo proves Cejudo wrong in any way, the Messanger revealed that he will be ready to fight him and hopes the bout to be in Aldo's hometown, Rio de Janeiro.

“If he wins, I would like to fight him in Rio de Janeiro, in Brazil. I love Brazil. I really want him to win. I really want that fight. He’ll fight Triple C, he’ll feel a pressure he has never felt before in his life. I’m ready to prove I’m the king of Rio.”

Jose Aldo and Marlon Moraes will compete against each other at UFC 245 in Las Vegas, Nevada, on December 14. The PPV event will feature three title bouts headlining a welterweight bout between the champion, Kamaru Usman, and former interim titleholder Colby Covington. The co-main event will be between champ Max Holloway and top contender Alexander Volkanovski. Doube division champion Amanda Nunes and former featherweight titleholder Germaine de Randamie will face each other for the bantamweight title.