WBC Continental Americas heavyweight champion, Frank Sanchez is a Cuban professional boxer. Turned professional in 2017, he has compiled a pro record of 19-0-1 (win-loss-draw). 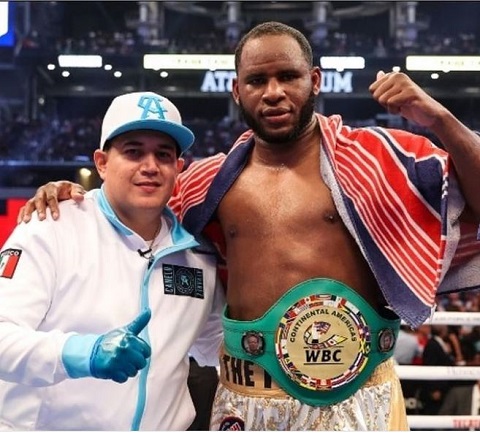 Unlike other sports, the salary of boxers is not made public. The boxers makes money per fight. They don't get fix weekly or monthly salary.

With few titles under his name, Frank Sanchez is now believed to pull out no less then $10,000 per fight. Further, there is spnosrships as well.

It's been almost four years that Frank Sanchez's named is here and there in media, however, the boxer has successfully hide all his personal stuff from public. It's unknown if Sanchez is married or in relationship or still single.

The cuban boxer is quite popular on Instagram with 153k followers. Rather than personal, he shares his boxing stuff there.

On 22nd September 2017, Frank Sanchez made his professional debut at  Mel Ott Recreation Center, Reading, Pennsylvania where he faced Justin Thomson. He won the fight via TKO.

On 31st August 2019, he won his career's first title,  WBO-NABO heavyweight title, defeating  Victor Bisbal. He retied the title in the following fight against Jack Mulowayi.