Roberto Duran is a Panamanian former professional boxer. During his professional career as a boxer, he was a four-weight world champion having held titles at lightweight, welterweight, light middleweight, and middleweight.

Nicknamed 'Manos de Piedra' or 'Hands of Stone', he has had a dominating career and an equally successful married life. He has also found financial success from his career and maintains a huge net worth of $3 million.

Net Worth of Roberto Duran As Of 2020

Roberto Duran was a dominant boxer during his prime as a professional boxer and has held titles in a different division in a different phase of time. His past success has helped him to establish a huge financial success for himself. His current net worth is estimated to be at $3 million.

The boxer may have lived past the era but his legacy has helped him to live a comfortable life where he does not have to worry about money. According to the source, he blew through over $20 million during the peak of his career on a lavish lifestyle. Moreover, some source claimed that he made a tremendous sum of $30 million but has celebrated away $20 million of his wealth. 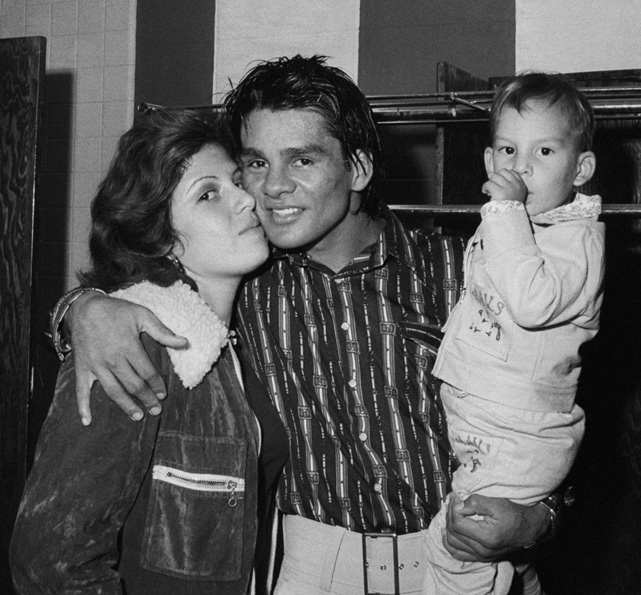 He is also rumored to have another child aside from kids from his relationship. He reportedly has a daughter named Dalia of a girlfriend named Silvia who he was involved with in the past before meeting his wife.

Roberto Duran Samaniego was born on June 16, 1952, in Guarare, Panama. He is the son of Clara Samaneigo a native of Guarare and Margarito Duran Sanchez from Arizona, United states. He began practicing boxing at the age of eight and was already sparring with experienced boxers at the Neco de La Guardia gymnasium.

Roberto Duran began boxing professionally at the age of 16 in the lightweight division. He began his career with 31 straight wins. In June 1972, he became the WBA Lightweight Champion defeating Ken Buchanan in a controversial decision.

Duran defended his championship title against fighters such as Jimmy Robertson, Hector Thompson, and Guts Ishimatsu. He successfully defended his title twelve times. During his lightweight division run, he had a record of 62-1, his only loss coming to Esteban De Jesus in a non-title bout. Duran gave up his title of undisputed Lightweight Championship in February 1979 and joined the Welterweight division.

Roberto Duran's shift to the Welterweight division was off to a good start with him getting wins against former WBC Welterweight Champion Carlos Palomino and Zeferino Gonzales. His straight victory set up the stage for a title bout against then-undefeated WBC Welterweight Champion Sugar Ray Leonard which he won via 15-round unanimous decision. However, in the rematch of the fight, Leonard defeated Duran with his footwork and movement.

After the defeat with Leonard, Duran gained more weight and went to the Light Middleweight division. He defeated Nino Gonzalez and Luigi Michelle, in non-title bouts and got a chance at the WBC Light Middleweight title. However, he lost to Wilfred Benitez by a 15-round unanimous decision in the title match.  He defeated Pipino Cuevas, a former world champion. The win earned him a second crack at the light middleweight title against WBA Champion Davey Moore.

Roberto Duran won his third title win by defeating Davey Moore at Madison Square Garden on June 16, 1983. He later fought Marvelous Marvin Hagler for the World Middleweight Championship in November 1983. The fight went the full length of fifteen rounds but he lost with his hand broken. Hagler won the round via unanimous decision.

Duran lost his Light Middleweight title in 1984 to WBC Champion Thomas Hearns. He took some time to get back another shot at a title fight which only came in 1989. He fought against Iran Barkley in February 1989 for WBC Middleweight title and took the title. It was his fourth title win which he took at the age of 37. Shortly after the win, he moved to Super-middleweight.

Duran won NBA Super Middleweight Championship defeating Pat Lawlor in June 2000. His claim to the title lasted for only a year as Hector Camacho took the title in a rematch bout a year later. Roberto Duran retired from boxing in 2001.