Dewayne Beamon, the Raleigh-based boxer from Goldsboro made his professional debut on 8th August 2015 through Elite Martial Arts Academy, Goldsboro. To date, he has compiled a record of 16-4-2 (win-loss-draw).

As of 2020, Beamon has an estimated net worth of $0.2 million. Matter of fact, salary is a loose term in this profession since athlete receiving money from fights are not paid on a monthly basis but instead get “purses” per fight, after which they have to cover their own expenses. To date, he has competed in 21 events, through which he might have summoned a substantial amount. 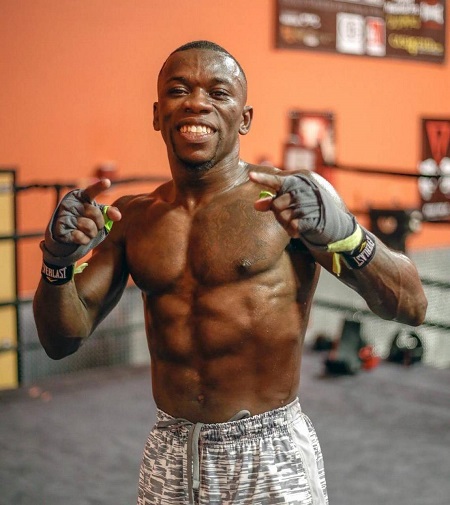 Dewayne Beamon has an estimated net worth of $0.2 mill SOURCE: Raleigh News & Observer

The purses are not the only source of income, through sponsorship deals and brand ambassador roles boxer earns much. Further, once they are popular, the boxer can increase their income by selling personalized gear to their fan base.

According to the source, the median salary for a pro boxer is $35,584 per annum in a range that runs from $22,000 at the minimum to $37,000 at the maximum. Additionally, pro boxers have to pay their travel, training and management fees from these earnings, so their take-home pay may be far less than the figures suggest.

Dewayne Beamon has maintained a low key personal life. To date, there is no news and rumors popped out on social sites about his love affair, married or girlfriend. Also, the hunk remains inactive in social sites such as Facebook, Twitter, and Instagram.

Currently, in the early thirties,  Beamon might be dating or had previously dated someone but without any concert proof, one can not assume. Thus, the boxer is possibly single.

He was born to parents, Chester, a pastor, and Loretta. He enrolled at Eastern Wayne High school where he played basketball for the school team. However, his mother always wanted him to focus on education and attend college rather than sports.

Later, he attended Southern Virginia University, a Division III school about 190 miles north of Raleigh in Buena Vista, Va. There he excelled in football and basketball, however, it was boxing, a sport he had always loved.

Once he finished school, he started boxing in amateur and Golden Glove events, where if you win, you keep progressing.

On 8th August 2015, he made his professional boxing debut at Elite Martial Arts Academy, Goldsboro. He consecutively won 15 matches until he was defeated by Martin Tecuapetla, 11th August 2018.

Rebounding from the loss, he made his comeback on 20th October 2018 at Gimnasio Municipal Gustavo Díaz Ordaz, Tecate where he won against Martin Tecuapetla. Further, he has three losses against Juan Francisco Estrada, Marvin Solano, and Willibaldo Garcia Perez.