Who is Eddie Hall Married to? What is his Net worth and Salary? Scroll down to know everything about the strongman.

Eddie Hall Net worth and Earnings

Hall also has a Youtube channel with more than one million followers, and his videos have been viewed millions of times. He reportedly earns a revenue of $5,000 per day ($1.8 million a year) from the ads that appear on the videos.

The strongman also sells merchandise through his website, which is the additional source of his income. Being a public figure, he has sponsorship deals with several product companies like BooHoo Man, MyoBand, Muhdo, Blakeman’s Sausages, and Pulse Fitness. He is the current ambassador for sports nutrition brand Protein Dynamix now.

Who is Eddie Hall's Wife?

Eddie Hall is already a married man. He is tied in a marital knot with his girlfirend turned wife, Alexandra Hall. The couple walked down the aisle in 2012. Together, the couple is the parents of two children; a daughter and a son named Max Hall. 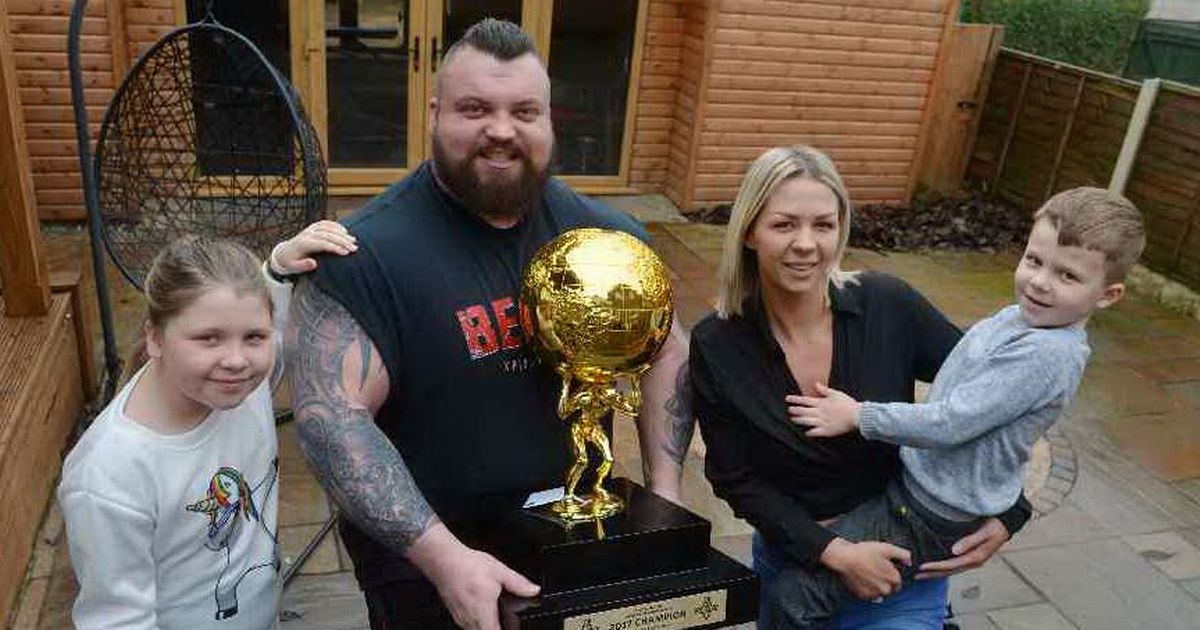 Eddie Hall with his wife and children SOURCE: The Sentinel

His wife Alexandra is also a key member of his support team and helps him to manage his schedule and diet. She also takes care of his meal preparation.

Hall was born as Edward Stephen Hall on January 15, 1988, in Newcastle-under-Lyme and is 32 years old as in 2020. He played swimming and rugby union during her early days. He studied at Clayton High School but was expelled due to some reason while he was 15.

Hall holds British nationality, and his zodiac sign is Capricorn.

Hall won the UK's Strongest Man Contest held in Belfast in 2011. In April 2012, Hall took part in the Strongest Man event in Europe, where he competed with six World's strongest man finalists in 2011 and finished on 8th place. Hall first reached the Final in 2014, taking second place in the Squat Jump, and ending 6th. Hall achieved the world record by lifting 462 Kg in the deadlift in 2015 and smashed his own record by lifting 463 Kg in the deadlift world championship.

At Arnold Classic Strongman in 2016, he achieved a world record in a long bar mortgage of 465 kg. Again in July 2016, by elevating 500 kg into the deadlift, he smashed his own record of 465 kg. In 2017, hall won the World's Strongest Man 2017 and announced his retirement from the strongest man in the world due to a variety of health problems.