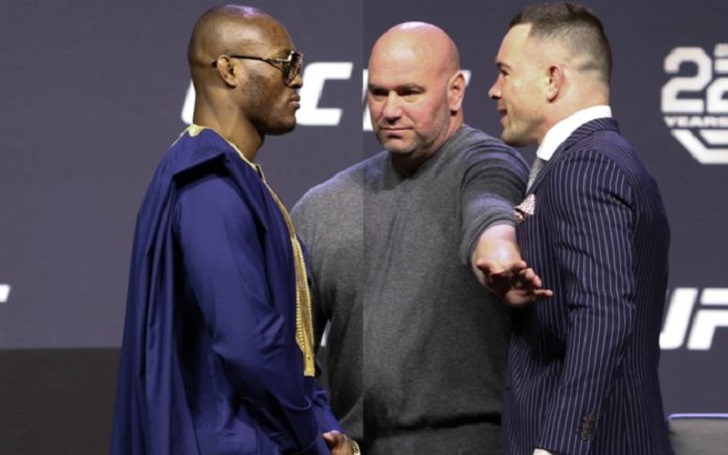 Colby Covington and Kamaru Usman are into a cold war ever since Colby made his comeback into the octagon some weeks back where he defeated Robbie Lawler in a one-sided bout.

And recently, he has taken the beef to the new level threating the Welterweight champion to leave crippled after the fight.

There are several rumors circulating that the two welterweights will meet each other in the octagon in the main event at UFC 244. They were also targeted for a fight at The Ultimate Fighter season 21 when Usman represented Blackzilians and went on to win the season.

Earlier, Usman defeated the former champ Tyron Woodley in March to win the title and has been out of action since the due to double hernia surgery.

Covington defeated Lawler in August and has been calling out the champion since then but believes Usman has been faking his recovery process to avoid a fight with him.

“It’s time to unify my belt with Marty Fakenewsman,” Covington said about Usman. “This fight has so many angles. The Palms buffet line, look at Marty Fakenewsman, he was faking an injury when he fought [Tyron] Woodley. He’s in a wheelchair after the fight with Woodley, acting like he’s hurt getting wheelchaired to the press conference and eight hours later he’s jumping me in the Palms buffet line, jumping over barricades, pushing a pregnant late out of the way to get to me.

“It just shows how fake he is. He’s the CNN of the UFC. I’m seriously going to leave that dude f—king crippled. I’m going to f—k that dude up."

Though Usman and Covington are expected to meet at UFC 244 in New York on November 2nd, the UFC is yet to officially announce the matchup.

UFC 253 Salaries; How Much Money Will Each Fighter Earn? 3 hours by Jack Ol