Gossip Antonio Mateu Lahoz is Sent Home After Issuing 18 Yellow Cards in the Quarterfinal of 2022 World Cup, Argentina vs Netherlands

Antonio Mateu Lahoz is Sent Home After Issuing 18 Yellow Cards in the Quarterfinal of 2022 World Cup, Argentina vs Netherlands

It's natural to have controversy in any global event. Remember the time Will Smith smacked Chris Rock during the Oscars? And to the more recent 18 Yellow Cards issued by Antonio Mateu Lahoz. Both fans and players were outraged by Antonio's decisions. Many people criticized the controversial referee for his decision and was eventually sent home after the weird display.

Lahoz started his career as an official football ref in 2008. And Antonio worked as a referee in La Liga games offer over a decade. And over the years, he found much success in his professional life. But, the Spanish soccer ref kept his personal life away from the media. And even now, the controversial referee has no online presence.

Many names of referees go unnoticed, as they are the unsung players of any sports played. However, Antonio Mateu Lahoz wanted none of that and became one of the most searched referees in football history. With the eighteen yellow cards dished out in a single match, fans and players became outraged at the ref. 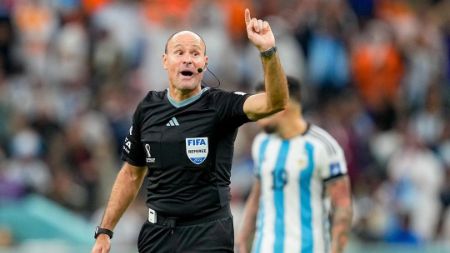 Lahoz became the top-searched ref after officiating Argentina vs. Netherlands game in the 2022 FIFA World Cup quarterfinals. Many fans and players question his ability to officiate after his questionable calls. After everything was said and done, Antonio was sent home by the FIFA officials.

Many football fans even claimed Lahoz favored the Argentine squad. However, at the end of the game, Argentina racked up eight yellow cards, and the Netherlands held six. Amongst all the cards, fans and players also questioned Antonio's calls throughout the game.

Antonio's calls had a ripple effect!

The fallout of Antonio's booking the players didn't only land him in hot waters but also the players involved. As mentioned earlier, the fans and the Dutch team felt Lahoz's call in the match highly favored the Argentine squad.

However, Antonio wasn't the only one working up the players and the fans. No, the drama between a player and a manager caused the fans to forget about the ref for a bit. More specifically, Lionel Messi's heated argument with the Dutch squad's manager, Louis Van Gaal.

Players Booked by Lahoz in Argentina vs. Netherlands match:

Forget about players; the controversial ref, Antonio Mateu Lahoz, didn't spare even the coaching staff. Which further pushed the players and the fans to question Lahoz's ability. The Argentine captain Messi even stated that Antonio wasn't up for officiating that level of match. And here are the players and staff members booked by Antonio during Argentina vs. Netherlands game:

What's next for Antonio Mateu Lahoz?

Before learning what's next for Antonio Mateu Lahoz, let's peek at his career. Starting in 2008, Antonio began refereeing in La Liga. And before that, he was a referee in other divisions like Tercera, Segunda B, and Sedunga. 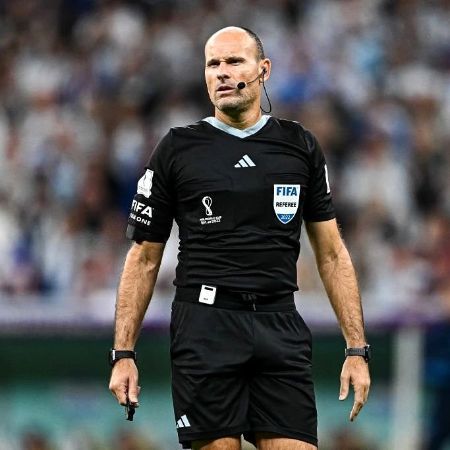 With over a decade of experience, Lahoz was listed as a referee in international games. In 2011, he first appeared as a ref in a FIFA match. And on December 10, 2022, he officiated what seems to be the final match in FIFA.

Antonio set a new record for the most cards booked in a single match. The last record was 16 cards in a single FIFA World Cup match, and Lahoz gave out a whopping 18 cards in Argentina vs. Netherlands match. For now, he's sent back home from the 2022 FIFA World Cup.

After the flight back home, Lahoz is also left out of the 2026 FIFA World Cup. However, it remains unclear if Antonio will officiate more FIFA matches after 2026. From the looks of it, Lahoz will probably be officiating domestically for the foreseeable future.

Messi Dissed Antonio and wanted him out of the 2022 FIFA World Cup.

After the whole fiasco on the field, many fans and players took to social media and slammed the Spanish Ref. And the Argentine captain, Messi, even said Antonio wasn't fit to officiate the final eight matches in the FIFA World Cup. And a few days later, Lahoz was sent home and barred from appearing in the next 2026 FIFA World Cup.