Wout Weghorst is a professional football player of Dutch nationality who plays as a striker for Turkish Super Lig club Besiktas, on loan from EFL Championship club Burnley. Also, Weghorst plays for the Netherlands national team to an International extent. He is noted for his tall stature as a forward and a distinct heading ability with good reactive finishing in and around the box.

Weghorst was born in Borne, Netherlands, on August 7, 1992. He started his youth training with local clubs NEO and DETO Twenterand. He later evoked interest from the Eredivisie team, Willem II, and molded his footballing skill with them from 2011-2012.

Weghorst is in a relationship with Nikki Van Esch, with whom he shares two children, Juul and Lucie. Like her husband, she is also of Dutch nationality. The couple has been together since August 2011. 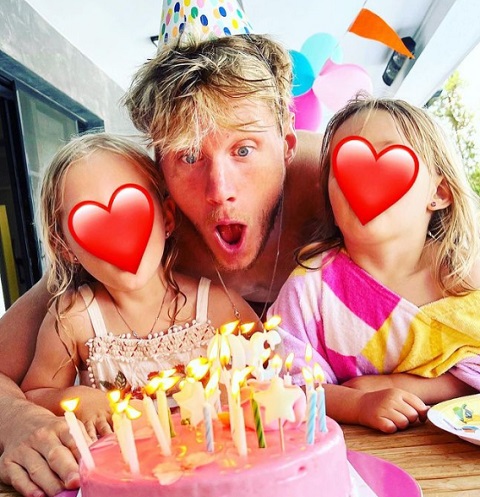 They, though, first started to appear as a pair in mid-2015. Esch didn't take long to confess her love for the Dutch forward publicly. After two doings on her Instagram, she introduced Weghorst to her fans with a caption, "4 years together."

The duo welcomed their baby girl on August 17, 2018. They introduced their second daughter, Lucie Mary Jo, on April 7, 2020, just about eight months after they had Instagram announced their second pregnancy.

Wout Weghorst's Net Worth And Salary

Since 2014, Weghorst has amassed a footballing salary equivalent to a little ahead of £7 million, reports multiple sports insiders. Also, his net worth has been construed as at least $6 million regarding the very reasonings.

By the end of the 2013-14 season, he had reportedly netted here and there £41,000. Weghorst's annual got halved following his signing with the Dutch B League team Heracles in 2015. Throughout his two seasons in Eerste Divisie, he received a yearly wage worth around £28,000. His recruitment in AZ boosted his remuneration to as much as £177,000. By all accounts, the six-foot-six striker didn't see much improvement during his second spell with AZ Alkmaar.

It was only after his move to Germany that he started pocketing seven-figure earnings. Weghorst's last two salary details tell he cashed in more than £2 million from each of the 2018-19 and 2019-20 Bundesliga competitions. Furthermore, Weghorst's current weekly salary at the team is £40,000, and his yearly salary is £2,080,000. And his market value is €14 million.

Weghorst began his professional journey in 2012 with Netherlands second division league participant, FC Emmen. He made his debut on Eerste Divisie on August 10, 2012, in a 1-1 draw against Dordrecht. A month later, Weghorst scored his first official goal in the derby win against Veendam via a score of 2-1.

He made 62 appearances and 20 goals for Emmen, including 28 matches in his first season.

After his contract ended with Emmen, he signed with a fellow dutch team, Heracles Almelo, in 2014. He emerged in 64 games for the Heraclieden while finding the net on 20 occurrences. Leaving Almelo, he started to play for another Eredivise team, AZ (Alkmaar Zaanstreek).

From 2016 to 2018, he made 60 appearances and 31 goals across all competitions for AZ. Impressed with his goal tally, Netherlands' head coach Ronald Koeman called up Weghorst for the Dutch national team's 2018 campaign.

On June 26, 2018, the Borne native signed a four-year contract with Bundesliga side VfL Wolfsburg with whom he would score his first hat-trick on March 16, 2019, in a 5-2 win over Fortuna Dusseldorf. This was the Wolves' first three-in-one by any player for the club since Mario Gomez in April 2017. Wout Weghorst in one of his professional games  SOURCE: Instagram @wout.weghorst

On January 31, 2022, Weghorst signed a deal with Premier League side Burnley, and after making some appearances for the team, he was loaned to Super Lig club Besiktas. Apart from that, he is a national footballer who is included in the national football team of Netherlands playing in the FIFA World Cup 2022.