Steven Charles Bergwijn is a Dutch professional footballer who is signed to the Eredivisie club Ajax as a winger. Earlier, he played for Jong PSV, PSV, and Tottenham Hotspur. At the international level, he represents the national football team of the Netherlands.

How Much Is Steven Bergwijn Net Worth?

Currently, Bergwijn is signed with Ajax, and when he signed a deal with them, Bergwijn received a massive deal worth €31.25 million. According to Salary Sport, Bergwijn's weekly salary is £76,000, while his yearly salary is £3,952,000. So, Bergwijn's current market value is reported at €27 million. His highest market value to date is at €35 Million, on June 12, 2019. An Adidas athlete, his net worth is $4 million.

Steven Bergwijn is not married but has been in a committed relationship for a long time. His girlfriend, Chloe Jay Lois (born on June 21, 1998), is a social media personality and dancer. Reportedly, she works with a website called Mijndomein. 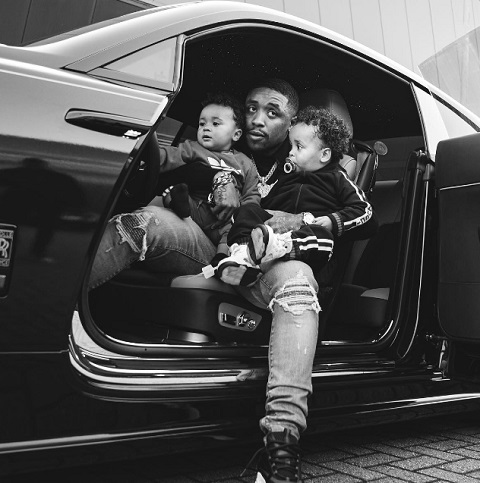 Chloe and Steven started dating very early in their teens, in about 2015. The duo shares a boy named Saint Stevie Isa Bergwijn, born in April 2020. On the other side, Bergwijn posted a snap with two kids. So, it is believed that he and his girlfriend have two children.

After playing at ASC Waterwijk, Bergwijn joined the Ajax youth academy in 2011. However, he quit the club due to a conflict with one of the trainers. Then, he joined PSV in 2011, playing in the youth system until 2014.

On August 9, 2014, Steven made his first-team debut for Jong PSV in the second division against Achilles' 29. He scored the third goal as PSV won over Ajax 3–0 to clinch the 2017–18 Eredivisie title.

Bergwijn moved to Tottenham, Hotspur, at the end of the January 2020 transfer window, signing a five-year contract in a deal worth a reported £26.7 million. Steven Bergwijn in one of his professional games  SOURCE: Instagram @stevenbergwijn

In his Premier League debut, he scored his first goal for Tottenham in a 2–0 victory against Manchester City. He was named Man of the Match by Sky Sports. And since joining Ajax on July 8, 2022, he has been playing for the team.

In October 2018, he received his first full international call-up when Ronald Koeman named him to the Netherlands National team. On October 13, 2018, he made his debut as a starter in a 3–0 2018–19 UEFA Nations League A win against Germany. His national teammate includes Steven Berghuis and Stefan de Vrij.

Besides that, Bergwijn is also one of the footballers in the team playing in the FIFA World Cup 2022.