Antonio Mateu Lahoz is a famous Spanish football referee. Antonio is also an international referee who has been part of the 2014 and 2018 FIFA World Cup qualifiers and the 2018 FIFA World Cup. Apart from that, Lahoz has recently experienced the 2022 FIFA World Cup. Mateu is known for his talkative and "quirky" approach to refereeing.

Lahoz started his career as a referee in La Liga. He is also one of the notable referees in Spain. While exploring his playing career, Lahoz made his international debut in 2011. Likewise, Antonio was the referee of the 2021 champions league final and is also known for refereeing the 2022 Qatar football World Cup. Antonio was also on the list of 20 referees that served in the Euro 2020.

Antonio Is Among The Highest Paid Referees In The World

Antonio Mateu is listed among the highest-paid referees in the world, and Mateu is one of the best and most successful referees like Stephanie Frappart. While talking about his salary, Antonio was paid $70,000 for the world cup in 2022 and $3,000 per game in match fees. However, the actual details regarding his net worth are still to be exposed. 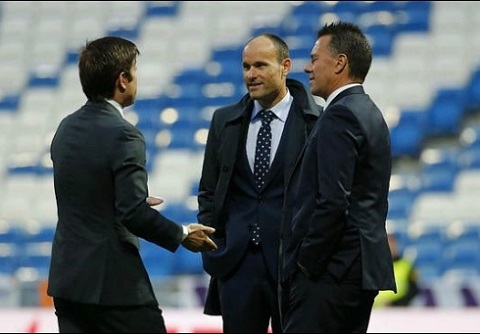 As mentioned earlier, he has been part of many international events and matches, so the Spanish referee must have gathered valuable money into his bank account from all of his projects and appearance. Besides, he is an experienced sportsperson who is best known for his refereeing.

However, Mateu is not much open regarding his earnings as much as Antonio is about his professional career. Therefore, his net worth and career earnings remain mysterious but can be estimated at more than $100,000.

Read More.Neymar Scores in the First Half of Extra Time

Who Is Antonio Mateu's Wife? His Married Life Explored

The famous referee, Antonio Mateu, is not so open about his married life; however, we know his marital status is married. Mateu appears to be private as he maintains silent when the topic concerns his personal life. However we know he is the father of two, but Antonio has barred his kids' names and facts away from us.

Likewise, Antonio has never dropped hints about his wife and family life despite fans being more than excited to explore his private life. Also, Antonio never shared photos and posts mentioning his wife and kids, which made us more challenging to explore his married life.

Therefore, Antonio's fans must wait to explore his romantic career and family life unless he feels comfortable sharing them online.

Why Was Antonio Mateu Sent Home From World Cup?

Antonio Mateu is an online sensation as the Spanish referee was sent home from World Cup 2022. Mateu chares on Argentina vs Netherlands Quarter-final match at the Lusail stadium. Mateu got into the media limelight after handing as many as 18 yellow cards after the game.

Similarly, he was also criticized for officiating orders at the conflicting FIFA World Cup game. Hence, Vanguard determined not to give him another game, and Antonio was sent home after the quarter-final.

Mateu was born on March 12, 1977, and grew up in his birthplace, Algímia d'Alfara, a village in Valencia Province. He has five siblings two brothers and three sisters. Nevertheless, the details regarding his parents and siblings are yet to be exposed. Moreover, he is not expressive about his parents, but Antonio is close to his mother. And Mateu got motivation from his elder brother to pursue his career in football vocation.