Ali Abdelaziz threatened to ‘track me down’ and kill me; Says Colby Covington 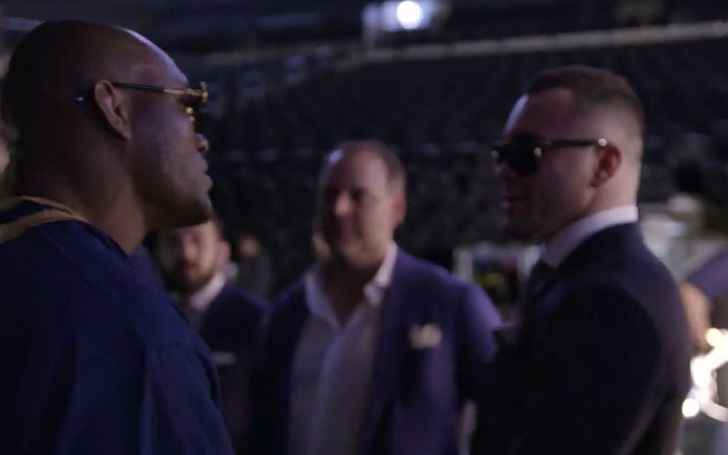 TMZ caught the fighters bumping to each other and after the incident, Colby on Ariel Helwani's podcast revealed how Ali Abdelaziz threatened to track Colby down and kill him!

Prior to the incident, Kamaru Usman tried running towards Colby who was ringside while Usman fought and won Tyron Woodley.

After that, both the fighters weren't supposed to meet up but who could have known the fight will follow them to the Palms Casino. The video clearly shows Ali and Usman's people trying to corner Colby where other people including a pregnant lady is seen shouting and panicking! In the video, even Ali is even seen swinging at Covington.

After the scuffle, Colby appeared in Ariel Helwani's MMA Show and narrated what happened between Colby, Usman, and Ali Abdelaziz. He said that he was on the buffet line trying to get some crab legs but Usman and his Managers tried to put their hands on Colby!

He even outed how Ali Abdelaziz who is Kamaru Usman's manager threatened to track him down and kill him!

So far, Colby hasn't pressed charges over Usman's team and on the podcast, he clearly said that he would settle the Kamaru Usman case inside the Octagon as Colby is the guy who is facing the Nigerian nightmare in his upcoming fight!