Woods was born in Columbus, Georgia on September 4, 1986. He finished his pre-college education at Sprayberry High School in 2004. He holds a master's degree in psychology and a bachelor's degree in philosophy from Furman University in Greenville, South Carolina.

In 2006, Woods (then Creed) won NWA's Most Popular Wrestler, voted for by the NWA fans. His first major victory came in July 2007 when he defeated Murder One in a tournament finals to win the vacant Deep South Wrestling Heavyweight Champion.

From 2007 to 2008, he was with the X Division, where he had two wins and four losses. In October 2008, he along with Samoa Joe, AJ Styles, Jay Lethal, Petey Williams, Eric Young, ODB and The Motor City Machineguns formed a faction of younger wrestlers, known as the Frontline to oppose The Main Event Mafia. 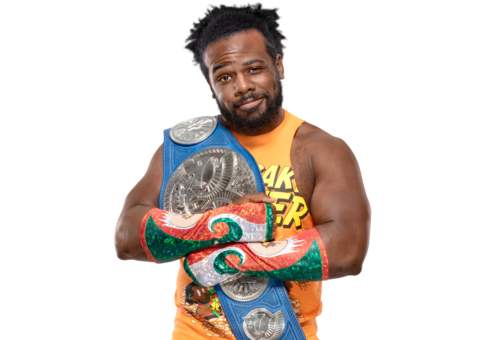 On January 8, 2009, he partnered up with Lethal to compete for the World Tag Team Championship against the team of Robert Rode and James Storm. Woods and Lethal won the match but would lose the title in a rematch against the same opponents. During his time with the Lethal Consequences, he along with his teammate Jay Lethal recorded two wins and eight defeats. Woods spent three months with the New Japan Pro Wrestling before joining the WWE on July 22, 2010.

He, though, was with the FCW until 2013. All the while, he went on to have victory in five matches including a title of Florida Tag Team Championship, and suffered two notable upsets with additional losses coming from 2011 through 2012. In his debut Raw match, he teamed up with R-Truth to defeat 3MB (Drew McIntyre and Jinder Mahal). During his allegiance with R-Truth, he went on to beat the likes of Heath Slater, Tons of Funk (Clay and Tensai), while facing the defeats at the hands of wrestlers like Alexander Rusev on two occasions.

His next major victory came at Roadblock when he and his teammates defeated the band of Sheamus and King Barret. The trio also held the longest reigning WWE Tag Team Champions in history breaking the record of 478 days set by Demolition. As of March 2021, they have won the Smackdown/Raw Tag Team Championship eleven times.

En route to this stat, he while still being a member of the New Day, defeated the teams like (Gallows - Anderson), (Cesaro - Sheamus), The Bludgeon Brothers, (Rusev - Shinsuke Nakamura), The Bar, (Daniel Bryan - Rowan), (Cesaro - Shinsuke), and (Alexander - Benjamin).

WWE stars' salary details are a sort of an enigma to process in part to their somewhat complex contract conditions. Their payouts depend on factors like in-ring appearances, PPV featuring, promotional events, wrestlers' ability to sell tickets, and a percentage of the merchandise sales.

Xavier Woods has won the WWE Tag Team Championship 11 times as a member of the New Day SOURCE: WWE SmackDown

They also have the opportunity to get bonuses during the main eventing shows. Though, the real kicker would still be contract negotiations. And mostly it is kept under the wraps especially for relatively low tiers fighters like Woods, and the NXT wrestlers.

Nevertheless, several reports have suggested that Woods has a contract worth $1.5million with the WWE verse; his base salary is set in the frame of $350,000 to $500,000 until the end of 2023. His fight incentive bonus is calculated to be around $50,000 a year while he is expected to be receiving a PPV bonus worth $100,000. By the time his latest accord with the WWE ends, he is projected to have grossed the earnings of over one and half a million dollars.

Woods is yet to be documented of having a serious relationship with a partner. His social media accounts show that he is pretty single as of now. Some claim he is married to a woman named, Jess Watson; though there's little to no credible evidence to that statement.

Nonetheless, few reputed tabloids have reported that the 34-year-old has kids. This was set forth by Wrestling Inc in May 2021. With the site, Woods described his Achilles injury which he had sustained months after WrestleMania 35. During the Q & A, he detailed to Van Vliet how he had been handling the situation and also spoke of the fact - how his injury has made him unable to do things with his kids.

"I guess it was to not stress things I could not control,” said the 11 times Tag Team Championship winner.

“I am a big perfectionist and a big control freak. Before I tore my Achilles, I was at a birthday party with my 3-year old at a trampoline park."

Woods mentioned his kids had been a huge inspiration in helping him get back to recovery and "up and running" once again. He also says his goal of wrestling everywhere, without no care, has also altered after his kids were born.

Woods, however, was linked to having something fishy with fellow WWE wrestler, Paige. This was speculated in the wake of some leaked private photos and videos of her phone that showed The New Day member, the former NXT Women's Champion as well as former WWE employee Brad Maddox engaging in some sexual activities. Xavier Woods and Paige made headlines in March 2017, when the footage was leaked showing them engaging in sexual activities SOURCE: WWE

After the incident, the Georgia-born wrestler was projected to be suspended by the WWE committee. But the authority later ruled the footage was hacked and not published voluntarily and hence didn't breach the "morality clause" mentioned in the WWE Superstars' contract.