Canadian-American actress, model, and retired professional wrestler, Gail Kim currently signed to the Impact Wrestling, where she works as a producer. She started her professional wrestling career with Independent Circuit. She later played for Total Non-Stop Action Wrestling and World Wrestling Entertainment.

Toronto, Canada native, Gail Kim was born in the year 1977, on Feb 20, under the star sign Pisces. Married to American chef, Robert Irvine, she holds dual nationality, Canadian and American.

Gail Kim has made a fortune amount of bank balance through her earnings. As of 2020, she has an estimated net worth of $800 thousand. Furthermore, she has an average salary of $40K annually. While her contract with TNA, her salary to be bumped from $300 per appearance to $600. 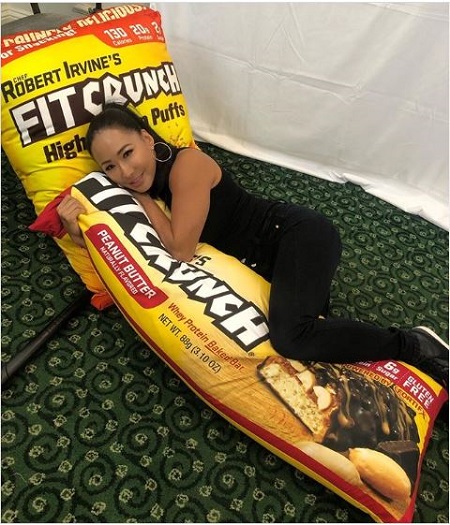 Besides, she earns much from her sponsorship deals: LIME CRIME, FITCRUNCH, & CBD.

Is Kim Married? (Wife and Children)

Gali Kim got married to her celebrity chef boyfriend Robert Irvine on May 11, 2012.  The couple met on the set of the American television program, Dinner: Impossible and were having an affair since then.

On August 18, 2012, Kim's and Robert Irvine's wedding ceremony was documented on an episode of Irvine's Restaurant: Impossible program. Gail also appeared with her husband, Robert, on an episode of Guy's Family Road Trip. 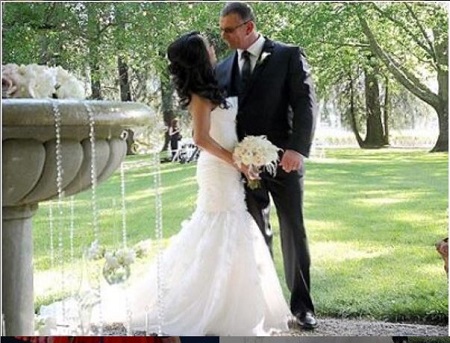 Once, Kim posed topless for cellphone and a campaign in South Korea. In 2007, Kim enlisted in Forbes' top 40 lists of "America's Most Eligible Bachelorettes".

On October 13, 2011, along with The Miz, John Morrison, Kofi Kingston, Heath Slater and, Eve Torres, Kim made her appearance in the special WWE edition of Family BrainSurge.

She attended York Memorial Collegiate Institute and major in Kinesiology from the University of Toronto prior to transferring to Ryerson University and changing her major subject as nutrition.

After receiving her degree from Ryerson University, she decided to become a professional wrestler and went to Ron Hutchinson’s School of Pro Wrestling in Toronto, she received proper training and in the year 2000, on December, she debuted in her first game.

Gail Kim started her professional wrestling career with Independent Circuit. She later wrestled on World Wrestling Entertainment, from 2002 to 2004. 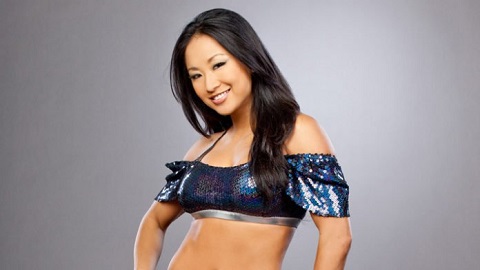 Following her release from WWE, she competed on TNA, from 2005 to 2008. After living TNA, she re-signed with WWE in late 2008, where she performed for three years. In October 2011, she made his second stint to TNA/Global Force Wrestling/Impact Wrestling.

On Feb 3, 2018, she wrestled in the final match of her career for Southside Wrestling in Stevenage (United Kingdom), where she defeated Kasey Owens in the main event. After her retirement, she worked as a producer and agent with the Impact Wrestling.