Samoa Joe is an American professional wrestler currently signed to WWE and performing on the Raw brand. He was previously best known for his time with promotions Total Nonstop Action Wrestling, TNA. In March 2019, he won his very first title on the main roster, the United States Championship.

Samoa Joe has an estimated net worth of $5 million in 2019 and is receiving a massive amount of salary from WWE. Joe officially debuted in WWE's developmental territory NXT in May 2015 and signed a full-time contract with the company in June.

How Much Is Samoa Joe's Net Worth and Salary?

As of 2019, Samoa Joe has an estimated net worth of $5 million including all of his properties and earnings. Maximum of his net worth is built through his progression in WWE Network.

Initially, he earned $600,000 as salary from WWE. As of now, the estimated amount of Samoa Joe salary reached $800,000. Most of the top names receive around $1 million around here.

Talking about his personal bio and affairs, currently 40, Samoa Joe is a happily married man. He got married to his long-term loving girlfriend, Jessica Seneo. The couple tied their knots on July 27, 2007, among their family and friends. The couple doesn't have children yet. 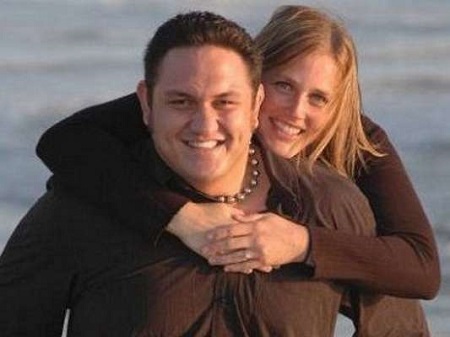 He is a good friend of  CM Punk, Rob Van Dam, and Tito Ortiz. Joe made brief appearances on the American version of the television show Distraction, participating in the round where wrestlers perform moves on contestants while they answer questions.

Samoa Joe was born as Nuufolau Joel Seanoa on 17 March 1977,  in Orange Country, California, the United States. He was born to an American family and is an American by his nationality.

As a youth, he was a California State Junior Judo Champion and was an all-league football player while attending Ocean View High School.

He soon rose to fame in TNA due to his feud with Kurt Angle and taking away the TNA World Heavyweight Championship title from Angle. On May 20, 2015, at NXT TakeOver: Unstoppable, Joe made his debut during the main event, stopping Kevin Owens from attacking an injured Sami Zayn with a chair.

Joe defeated Balor, Rollins, Reigns, and Wyatt in an Extreme Rules match at Extreme Rules to become the number one contender to Universal Championship on June 4.

Joe was traded to the SmackDown brand in the 2018 WWE Superstar Shake-up on 17 April. He faced Seth Rollins for Raw's Intercontinental Championship at the Greatest Royal Rumble event in Jeddah, Saudi Arabia in a Ladder Match also involving The Miz and Finn Balor but did not win the title.