Kevin Nash earns an average salary of $200,000 from WWE. Further, his net worth is estimated to be around $6 million dollars. He is married to his wife Tamara and has a son named Tristen Nash.

What is Kevin Nash's Salary and Net Worth in 2019?

Nash owns a house in Wilbour,  by the sea in Florida. He owns several cars and also can be seen driving Ford Bronco bought in 1993.

Good to be driving the Bronco this week. Bought it in 93 off the lot. 24years and 105000 miles still my baby.#cheapassfuck#morecash4vino

Other than being a famous wrestler, Kevin Nash is pretty famous in social media. He has 193k Instagram followers and 942k Twitter followers.

Is Kevin Nash? Who is his wife?

Tall and handsome Kevin Nash is a married man. He got married to beautiful wife Tamara Nash in 1988. However, the couple separated after their 2 years of marriage and patched up again. Recently, the couple has a son named Tristen Nash who was born on June 12, 1996.

As of now, the couple resides in Daytona Beach, Florida and they are living happily together. 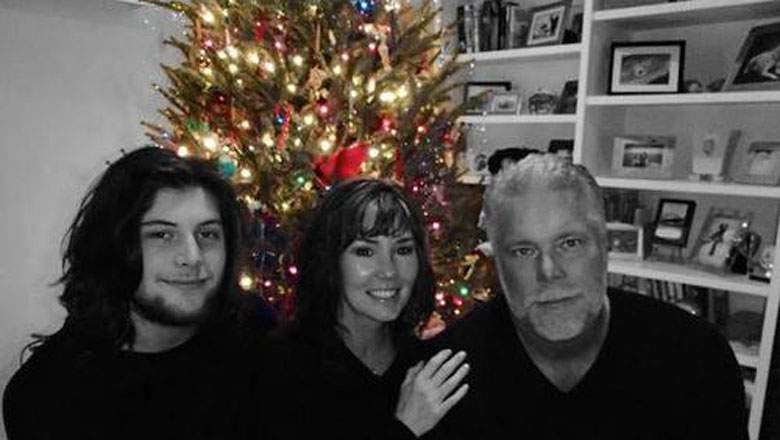 CAPTION: Wrestler Kevin Nash along with his family SOURCE: Heightline

There were some rumors of Kevin Nash about having an affair to fitness model Jennifer Micheli. Her nude photo was twitted by Kevin Nash. However, Nash later stated that his account was hacked but the truth is still unknown.

In 2014, Nash was taken into custody for assaulting his son Tristen and some hours his son was also arrested for assaulting Nash's wife. Nash was later released as he was found defending his wife from his son.

Kevin Nash was born on July 9, 1959, in Detroit, Michigan, the United States. This makes his nationality American. He belongs to white ethnicity and his birth sign is Cancer. Kevin was gifted to beautiful Christian family Robert Nash (Father) and Wanda Nash (Mother). He is also better known with the name of Big Daddy Cool, Big Sexy, and the Giant Killer.

While Kevin was 8 years, his father died of a heart attack. Likewise, after 4 years of his father's death, his mom died of breast cancer which made his life full of miserable.

Kevin Nash enlisted to Aquinas High School followed by the University of Tennessee where he majored in psychology and minored in Educational Philosophy. There he played college basketball with a Tennessee Volunteers Basketball team as a center for several years. Later, he was transferred to Bowling Green State University in Bowling Green, Ohio.

He also made his career debut at professional basketball with several teams in Europe. However, he had a serious injury which made him end his basketball career.

In 1990, Kevin made his professional wrestling career debut in World Championship Wrestling as the orange-mohawked “steel”. He played there for approximately 3 years and joined to World Wrestling Federation signing a contract at the request of Shawn Michaels.

During his career in WWF, he earned a name of Diesel and Big Daddy Cool. Including his great style of fighting, afterward, he won WWF Triple Crown, superstar of the year (MVP), and Tag Team title with Shawn Michaels. 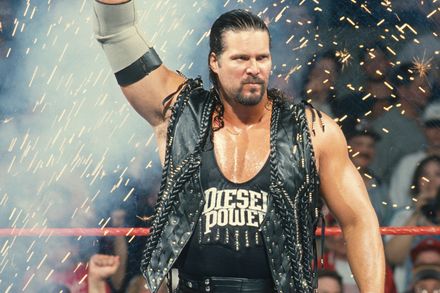 Kevin Nash has also worked for Total Nonstop Action Wrestling with many other famous wrestlers like AJ Styles, Sting, Scott, and so on. He wrestled there for almost 11 years. Correspondingly, his hard work has successfully helped him to reach his achievements and goals. Currently, he works for WWE as a Part-time. So far, Kevin has won numerous titles throughout his wrestling career. As of now, he is recognized as one of the legends of the wrestling world.

In 1991, Nash made his debut in acting in Teenage Mutant Ninja Turtles II: The Secret of the Ooze as the genetically enhanced version of the villain, Shredder, called the Super Shredder. He further had a very minor role as a jackhammer worker in the 1998 movie Family Plan. In 1999, Nash created and co-wrote a comic book titled Nash, which is set in a dystopian future and featuring himself as the primary character.