He also has competed for Japanese wrestling promotion, All Japan Pro Wrestling in 2007 and has won several championships in his nearly three decades wrestling like winning the Intercontinental championships three times, nine times Hardcore Champion as well as winning the tag team titles in multiple occasions.

Net worth and Salary of Goldust

As of 2019, Goldust' net worth is estimated over $1 million. According to the source, his annual salary competing in WWE is $400,000. He also receives an additional amount for merchandise sale. In 2017, he earned  $550,000 as annual wage and might have received more as bonus and merchandise sale.

He married his first wife, Terri Boatright in 1993 better known as Terri Runnels in the WWE, where she served as a manager in his second run with the WWE. 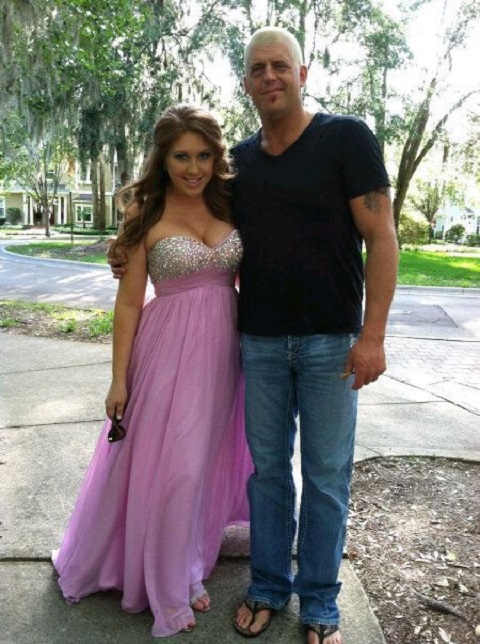 Goldust later married a woman named Milena Martelloni on December 18, 2002, and the pair got split and later on divorced in 2003.

He is currently married to his third wife, Ta rel Roche with whom he wedded on June 22, 2012.

Goldust is of American nationality. He was born to mother, Sandra Runnels, and father, Dusty Rhodes in Austin, Texas, USA. He is the half-brother of another famous wrestler Cody Rhodes who also knows n for his time at the WWE from 2007 to 2016.

He started his professional wrestling career with the Florida based wrestling promotion, Championship Wrestling from Florida by defeating Bob Cook on 13 September 1988.

Goldust later won his first major singles titles by beating AI Perez for the Florida Heavyweight Championship on May 23, 1989.

His most probably well-known tenure is for working for World Wrestling Entertainment. Goldust started his first run with the company in the 1990s where he wrestled under the ring name, Dustin Rhodes.

He defeated Ted DiBiase in the December 1990 in his televised debut and left in 1991 after 1991 Royal Rumble with his father, Dusty Rhodes.

His most memorable run came in 1995 in his second run, when he used his most famous ring name Goldust and made his WWE debut against Marty Jannetty in In Your House 4 PPV on October 22, 1995, in a winning effort. 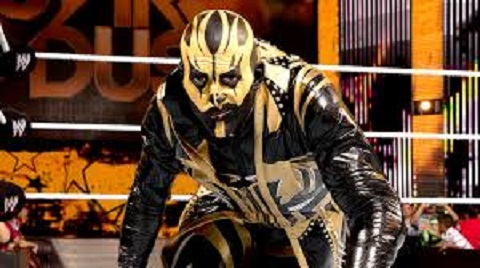 He, later on, had a feud with the likes of Triple H, Randy Orton and formed tag team partnership as well as winning the tag titles with wrestlers like Booker T as well as his brother, Cody Rhodes.

He was in his fifth run with the company and took part at the WWE PPV in Saudi Arabia at the Greatest Royal Rumble Match where he competed at that night 50 men royal rumble and was eliminated by Bobby Roode in the match.