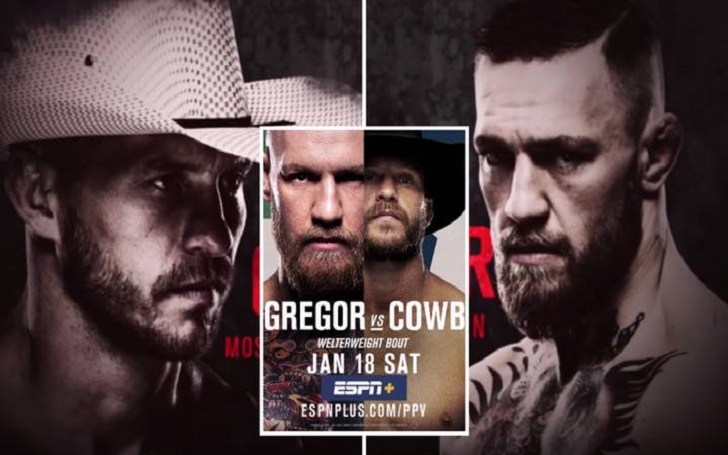 UFC is kicking off the new year with the highly anticipated- Conor McGregor's return to the Octagon on January 18 at UFC 246. Coming back from 15-month hiatus since his loss to Khabib Nurmagomedov at UFC 229, he will fight Donald Cerrone at a pay-per-view at T-Mobile Arena in Las Vegas, Nevada.

While UFC is excited about the return of their PPV king and arguably the main reason behind their success, the promotion has dropped a new promo video of the bout. With the video released, the UFC captioned: "No better way to open a decade!."

No better way to open a decade!

The two lightweights will face each other at 170 as Conor's wish to fight in the division to avoid weight cut as White revealed that he is planning to fight three times in 2020.

The Notorious is also eying a rematch for the lightweight title against Khabib Nurmagomedov after he passes The Cowboy. However. his alone win will not be sufficient as the Eagle is scheduled to fight Tony Ferguson for the title at UFC 249 in April.

That said, Cowboy and “El Cucuy” are keen on spoiling those plans.