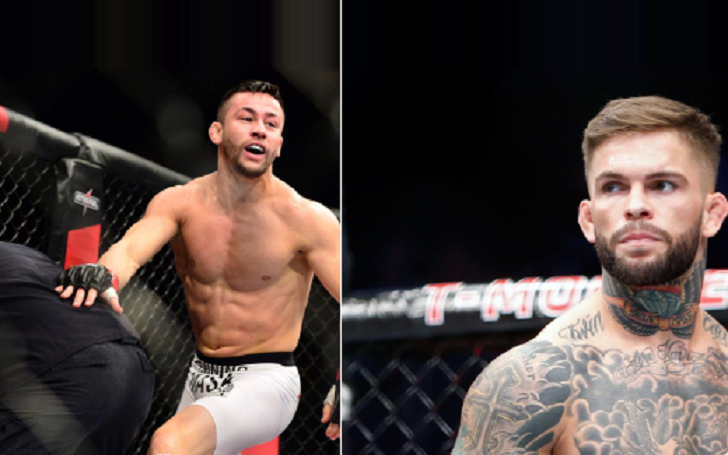 UFC 235 would go down on the T-Mobile Arena in Las Vegas on March-2nd 2019 and as UFC 235 gets nearer, it keeps getting more exciting. UFC 235 is expected to be one of the best fights cards after UFC superstar and the former 135 pounds champion Cody Garbrandt was stuffed into the card.

As per many sources, UFC 235 added another former champion to the event, this time in the bantamweight division, Pedro Munhoz is now seeing Cody No-Love Garbrandt, inside the Octagon.

Garbrandt (11-2, 6-2 UFC) is on two fights losing skid after his two straight losses to the current champion T.J.  Dillashaw. His second bout was in August, of 2017 but was stopped in the first round by T.J. whereas Munhoz (17-3, 1 NC, 7-2, 1 NC UFC) has won two fights in a row since John Dodson 's split decision loss in March and his most recent win came via TKO over Bryan Caraway. So, this fight could be a redemption match for the former champion or a career-defining point for Munhoz who is ranked no#9th, to register a win against no.1 Bantamweight contender Cody Garbrandt.

UFC 235 has already announced two big title fights for the Vegas event as Tyron Woodley vs. Kamaru Usman would headline the main event with Welterweight strap on the line, and Jon Jones vs. Anthony Smith for LHW will be the T-mobile Arina's co-main event, hence a No-Love fight would be the cherry on the cake.

UFC 246 Medical Suspensions: Donald Cerrone will be out for 6 months for Nasal, Orbital Fractures 1 hour by Jack Ol