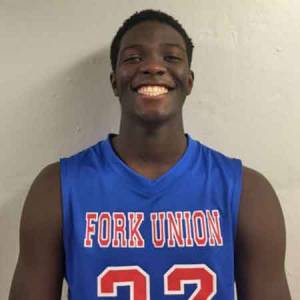 Khyri Thomas is an American professional basketball player who plays in the National Basketball Association (NBA). As of 2018, Thomas currently plays for the Detroit Pistons as their Shooting Guard. Khyri has played for other teams like Philadelphia 76ers, Grand Rapid Drive.

Playing as a Shooting Guard, Khyri Jaquan Thomas reportedly earns around $1,306,392 as his yearly salary from Detroit Pistons and has an estimated net worth of over $2 million.

Khyri Thomas was born on May 8, 1996, in Cupertino, California. As per his nationality, he is American and belongs to Black ethnic group. Further, his star sign is Taurus. After completing high school, Khyri Jaquan Thomas enrolled at the University of Creighton and played there. He had an average of 6.2 points, 1.4 assists and 3.7 rebounds per game as a freshman in Creighton. Khyri averaged 12.3 points, 3.3 assists, and 5.8 rebounds as a sophomore and named the Big East Defensive Player of the Year together with Josh Hart and Mikal Bridges.

Thomas averaged 15.1 points, 2.8 assists and 4.4 rebounds as a junior and was named the Big East Defensive Player of the Year again. Later he entered the 2018 NBA draft without initially hiring an agent, but on 13 May he stayed in the draft and lost his last season in Creighton.

Khyri was drafted as the 38th overall pick by the Philadelphia 76ers in the in the 2018 NBA Draft on June 21, 2018. Later Thomas was traded to the Detroit Pistons in exchange for two future second-round draft picks.

Some of the team-mates of Thomas at Detroit Pistons are Blake Griffin, Andre Drummond, Reggie Jackson, and Stanley Johnson.

The Famous NBA star Thomas is 6 feet 3 inches tall in height and weighs around 95 kg. There isn't any information about his relationship and affairs. Moreover, Thomas appears to be focused on building his career and has kept his romantic relationship hidden from the general public.

In addition, there is no information regarding his family yet.

Other than being a famous NBA Shooting Guard, Khyri Jaquan Thomas is pretty famous in social media. He has 12.9k followers on Instagram and 5,043 followers on his Twitter account.

Facts and stats of Khyri Thomas