Blake Griffin is an American professional basketball player. He currently plays for the Detroit Pistons of the National Basketball Association (NBA).

Blake Griffin Net worth in 2019; How much does he earn annually?

Currently, Blake Griffin has an estimated net worth of $60 million. Griffin earns an astonishing amount of money from his professional basketball career. As of now, Griffin plays for the Detroit Pistons of NBA after being traded from Los Angeles Clippers.

In addition, Griffin must have earned a decent amount of money from his college basketball career.

Blake Griffin is an unmarried man and is not dating anyone currently. However, Griffin previously dated a few celebrities. Griffin was in a relationship with Brynn Cameron who is the sister of former NFL tight end Jordan Cameron. From his relationship with ex-girlfriend, Griffin has two children. 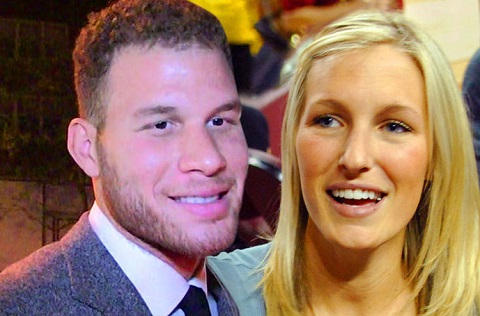 They have a son Ford Wilson Cameron-Griffin and a daughter Finley Elaine Griffin. However, the duo was never engaged or married. Even being the parents of two children, the duo failed to continue their relationship and later separated. 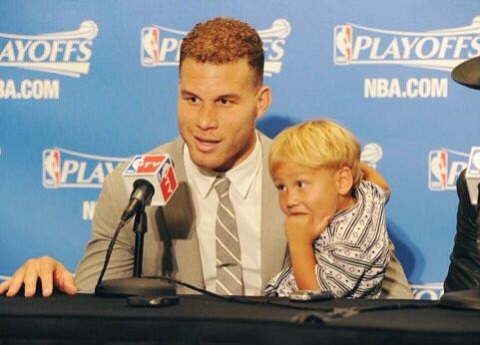 Similarly, in 2017, Griffing began dating an American model as well as a television personality Kendall Jenner. But their love life didn't last long and the pair separated after dating for a year in 2018. Besides this, Griffin was further encountered with Daniella Grace, Bethany Gerber, and Kari Klinkenborg.

Blake Griffin was born on 16th March 1989, in Oklahoma City, Oklahoma, United States. His parents are father Tommy Griffin and mother Gail Griffin. His father is a former basketball player as well as a coach. He grew up along with his brother Taylor Griffin who is also a basketball player. 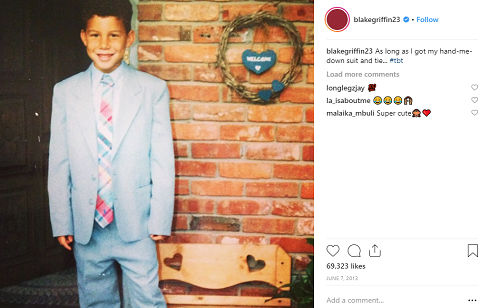 Griffin belongs to an American nationality. He attended Oklahoma Christian School. Likewise, Griffin graduated from the University of Oklahoma.

Griffin averaged 26.8 points, 15.1 rebounds, 4.9 assists and 2.9 blocks per game in his senior years. Griffin was even named the Player of the Year by the Tulsa World as well as The Oklahoman. He earned All-American First Team honors by averaging 22.7 points, 14.4 rebounds and 2.3 assists per game during his college basketball career.

Moreover, the Big 12, Sports Illustrated, The Sporting News and FoxSports.com named Griffin as the Player of the Year during his sophomore career. Later Los Angeles Clippers drafted Griffin in the 2009 NBA draft with the first overall pick. In the first season, Griffin was named Summer League MVP.

Griffin played a regular-season for Clippers until 2018. However, on 29th January 2018, Griffin was traded to Detroit Pistons along with Willie Reed and Brice Johnson in an exchange with Avery Bradley, Tobias Harris, and Boban Marjanovic.