If you love watching NCCA Divison I matches, Greg Mc Dermott must not be a new name. Greg McDermott is a well-known American College basketball head coach. He has been working as the head coach of Creighton University Bluejays Men's Basketball team since 2010. Greg started coaching in 1994.

Greg McDermott was born on November 25, 1964, in Cascade, Iowa. He holds an American nationality and is of white descent. Greg is yet to share about his early life. Greg stands six feet and six inches tall and weighs over 90 kgs. After graduating from Cascade High School, he enrolled at the University of Northern Iowa, where he played basketball.

Greg Mc Dermott has an estimated net worth of more than $10 Million. He has been working as the head coach for more than twenty years and collects most of his net worth to his successful career. Greg lowered his salary in 2017 while he continued his contract with Creighton. The college coach has an annual salary of $1,369,949 in 2022. Mike Krzyzewski and John Calipari are the highest-paid college basketball coach in 2022. 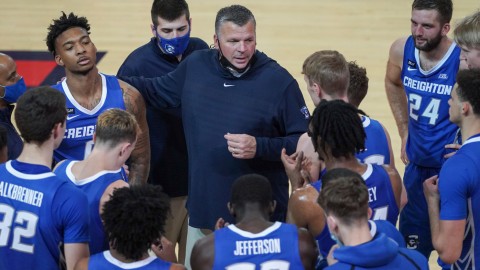 In 2019, Greg took home more than $1.5 Million, including his base salary of $1.2 Million and other bonus amounts. In 2017, McDermott rejected Ohio State University's offer as their head coach, who paid a base salary of $3.5 Million for the head coach. His son Doug currently plays for the Indiana Pacers with whom he signed a three-year/ $22,000,000 worth contract in 2018.

Greg McDermott is a married man living a happy married life. Greg walked down the wedding aisle along with Theresa McDermott. They had a private wedding ceremony in the early 1990s. As non of them were in the limelight at the time of their wedding, there is not much information about their marriage. 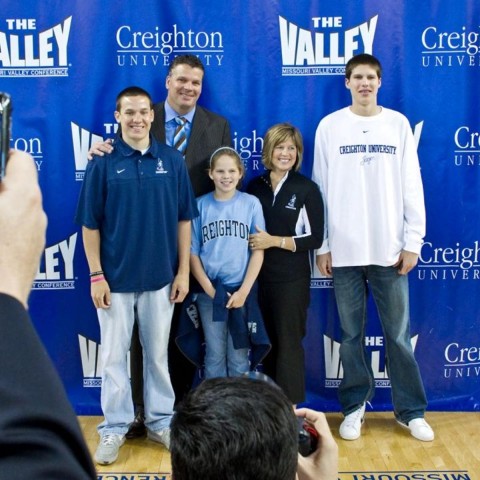 Greg attending an event with his wife and children SOURCE: USA Today

From this happy marriage, Greg and his wife Theresa are the proud parents of three children,  Nick, Doug, and Sydney. Their son, Doug McDermott, is an NBA player. It's been more than three decades since their marriage, and there have been no rumors of the couple having ups and downs in their married life.

In 2000, McDermott moved to North Dakota State as their head coach. However, he transferred to Northern Iowa in 2001. McDermott remained as the Panthers' head coach for five seasons between 2001 and 2006. After having some ups and downs, Greg moved to Iowa State and worked there until 2009. In 2004, His team won the MVC Tournament.

Since 2010, Greg has been working as the head coach of Creighton. He has won two MVC tournaments, One Big East regular season, and several other matches as a head coach. In 2020, The basketball head coach won the Big East Coach of the Year. He has an overall career record of 528-318. Creighton suspended Greg for asking his players to "stay on the plantation'. He apologized shortly after that.