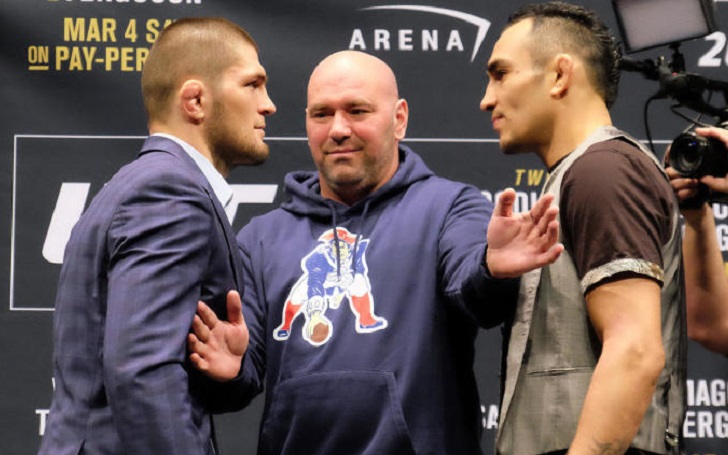 Last week Ali Abdelaziz, Manager of Khabib Nurmagomedov, shut down any talks about the potential Tony Ferguson fight, claiming that The Eagle currently only has an interest in a major money fight.

“So we want the biggest money fight he can make. Boxing, MMA, whatever. I love Tony Ferguson— he’s not that, I can tell you that, One-hundred percent, Tony Ferguson is not the next fight, because Tony Ferguson — I need somebody who can sell pay-per-views.”

Abdelaziz 's comments did not work well with the MMA community, as Khabib vs. Ferguson is a fight that has been going on for years, and both men seem bound to face each other.

When asked to clarify his position, Nurmagomedov was blunt and direct. In response to an Instagram fan, Khabib said that his manager's comments should not be mistaken for his own, which implies that he is still interested in fighting Tony.

Khabib in his own style replied to his fan's comment:

@TeamKhabib reaction to fan outrage over the fight with @TonyFergusonXT pic.twitter.com/XbwRa94mSa

When his fan commented:

“Khabib your manager said you are not interested in Tony fight cuz its not money fight. Bro don’t you remember the guy who said I’m here for legacy, not money?!”

“My manager name Ali, my name is Khabib, Do not confuse.”

Nurmagomedov fight is unlikely to be announced until the undefeated Dagestani attends his disciplinary at Nevada Athletic Commission (NAC), later this month.

Khabib is expected to be fined and possibly suspended for attacking Dillon Danis at UFC 229 where Nurmagomedov submitted to Conor McGregor to defend his lightweight championship, but, following the post-fighting brawl, the NAC decided to retain half its $2 million purse.