Joe Rogan comments on Dana White- Cris Cyborg backstage Video: 'Whoever edited that ‘lied’ and is ‘so f—king stupid’ 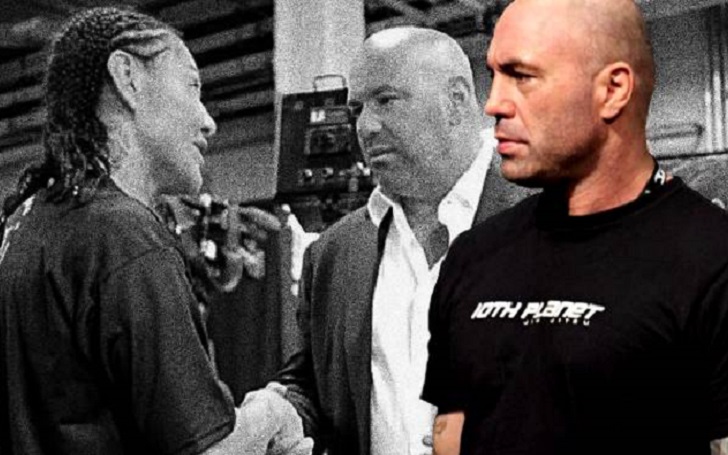 Joe Rogan recently made comments on Dana White- Cris Cyborg backstage video and criticized for editing the conversation. He also said the person is stupid to do that.

The former featherweight champion was released from UFC after her fight against Felicia Spencer at UFC 240 as soon as the video of her backstage confrontation with UFC president was leaked. She later apologized and revealed that the video was edited.

“They f—ked up. Cyborg’s team,” Rogan said.“Whoever did it, whether it’s her boyfriend or whoever it was that edited that video, that lied and put words in his mouth, is so f—king stupid.

“You don’t think that they’re going to do something about that? You’re out of your goddamn mind. When they edited that video to say that “whenever I’m talking in public I’m not telling the truth,” which is not what he said at all, and then to have it edited and cut right there…”

Rogan also revealed that the Cyborg team wanted an apology from the UFC commentator about the comments he made on Cuborg's gender back in 2015.

“But also they did was they’re bringing back shit that happened five years ago. Cyborg was saying she wanted an apology from me. And I don’t think it was that she wanted an apology from me, I think it was her boyfriend or someone on the team. I apologized to her, me and her, no one around, face to face, and I took a photo with her afterward. There’s a photo of me and her on my Instagram.”