Felicia Spencer is a Canadian professional mixed martial artist who is the Invicta FC Featherweight champion. Felicia currently competes in the Featherweight division of the Ultimate Fighting Championship. Reportedly, Spencer signed with UFC in March 2019 after her extraordinary record of 6–0 competing in Invicta FC.

Felicis, who is one of the prominent MMA play, is in a romantic relationship with her boyfriend, Todd Coppinger. To know more about her Net Worth, Personal Life, Relationship history, and professional career, roll into this article until the end.

Felicia Spencer Earnings; How much is her Net Worth?

Felicia who has been in the fighting world since long has accumulated a massive net worth over $500,000. However, her career earnings are still under review. Reportedly, the women's UFC fighter can up to $500,000. However, some of the inexperienced players are paid as less as $5,000.

Well, Felica has been working hard to establish herself as one of the prominent fighters of recent time. Although we have no concrete information about her exact net worth, we believe she earns somewhere around the above estimation.

Moreover, Amanda Nunes is considered as one of the highest-paid fighters of recent time who has collected $350,000 as prize money. Some of the other top paid Women UFC fighters are Cristiane Justino, Rose Namajunas, and Michelle Waterson.

Save 40% TODAY only on ANY products from @freskincare ! This skin care is designed for women who sweat. I really have noticed a difference in how my skin FEELS after workouts and during the day in general. Give it a try or DM me for details if you have any questions! Be sure to use the code FEENOM for your discount, link in bio. :) #loveyoursweat #freskincare

Apart from her career earnings, she also earns an additional amount from brand endorsement. Exploring her social account, we discovered that she has an endorsement deal with the brands like FRÉ Skincare, The Other Side and many more.

Is Felicia Spencer in a Relationship? Know about her Personal Life

Yes, Felicia is in a romantic relationship with her boyfriend, Todd Coppinger. The couple has been together since long but hasn't planned for getting married yet.

Moreover, her boyfriend, Todd is also an MMA player and they often practice together. Additionally, Tod performs in Welterweight division. 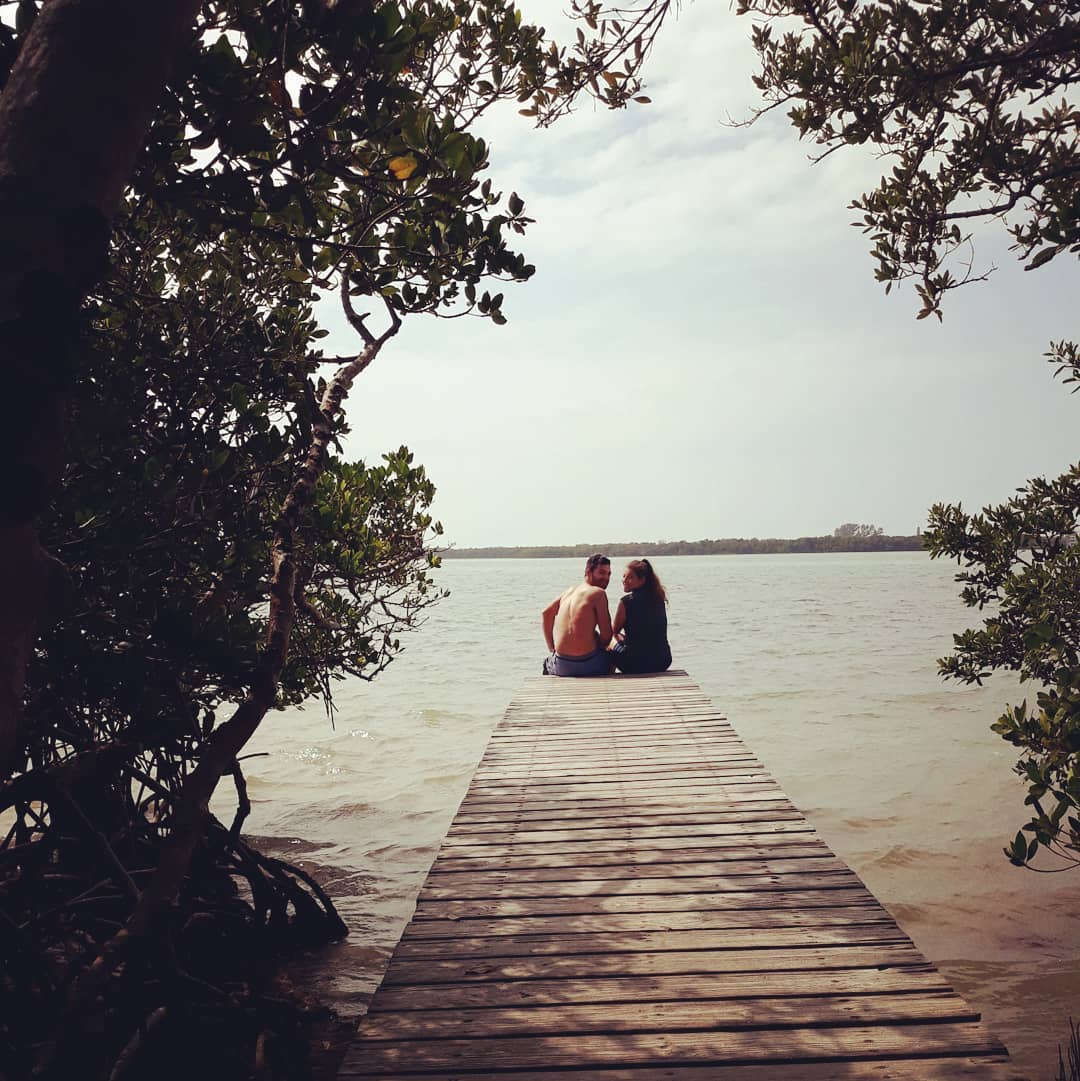 Exploring the couple's social account, it seems like they are happy with the relationship as they regularly spend their romantic time together. Apart from the news of them being in a relationship, the additional information about when and how they started their relationship is not in the media yet. 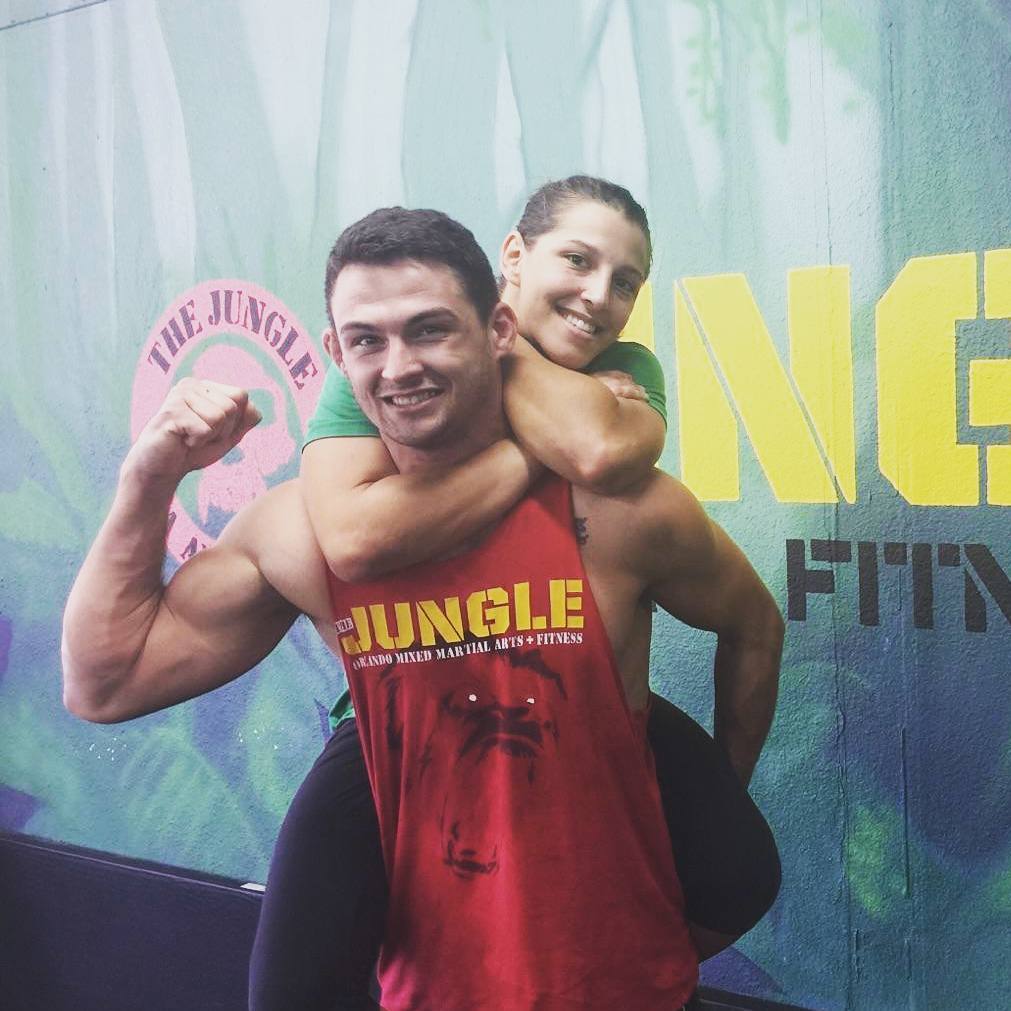 Apart from love affairs, Felicia is actively involved in social media, having almost 15 thousand followers. Moreover, she often updates her profile with her day to day activities which suggests that she wants to narrow the gap with her fans and followers.

Well, one of the common attributes for all the fighter is having a bulky body and so does Felica have. Particularly, she stands in the height of 5 ft 6 in (1.68 m) and weighs around 66 kg.

Felicia was born on November 20, 1990, in Montreal, Quebec, Canada. Spencer is a Canadian native by birth and belongs to the white ethnic group. Also, she was born under the star sign Scorpio. Also, the details about her parents are not in the media yet.

She started her fighting career since the age of four, joining his brother. Moreover, at the age of 12, she started training Brazilian Jiu-Jitsu and added Kickboxing. Besides, she joined the University of Central Florida and began training for MMA.

Felica currently performs in the Featherweight division of the Ultimate Fighting Championship. Additionally, he has performed in 7 bouts and has managed to win all of them.

Reportedly, Spencer signed with UFC in March 2019 after her extra-ordinary record of 6–0 competing in Invicta FC. Besides, she made her UFC professional debut on May 18, 2019, at UFC Fight Night: dos Anjos vs. Lee against Megan Anderson. She won against Zarah Fairn dos Santos at the UFC Fight Night 169 at the Chartway Arena, Norfolk, Virginia, United States.

Read More.Joe Rogan comments on Dana White- Cris Cyborg backstage Video: 'Whoever edited that ‘lied’ and is ‘so f—king stupid’