Joe Rogan is an American stand up comedian, martial arts experts, UFC commentator, and a businessman. He is the host of a podcast called "The Joe Rogan Experience" which is one of the most viewed podcasts in the world. He likes to call himself a Psychedelic Adventurer.

As of 2019, Joe Rogan has an estimated net worth of over $25 million. Further, the father of two lives at his Bell Canyon, California based home with his wife, two daughters and a stepdaughter.

Joseph James Rogan was born on August 11, 1967,  in Newark, New Jersey of United States. His star sign is Leo. Talking about his nationality, he is an American and belongs to Irish and Italian Descent.

Joe had a very rough childhood and had to grow up in between domestic violence pron environment as Joe's father, Joseph Rogan, a police officer who used to abuse his mother frequently. When Joe was 5, his parents divorced and he went to live with his mother. His father never contacted him or his mother afterward.

When he was 7, Rogan's family moved to California, followed by another move to Florida when he was 11. Later they settled in Newton Upper Falls, Massachusetts. He attended Newton South High School and graduated in 1985.

While in his high school he practiced Baseball but in his early teens, he developed an interest in Martial Arts and started practicing Karate was a national level Taekwondo player. 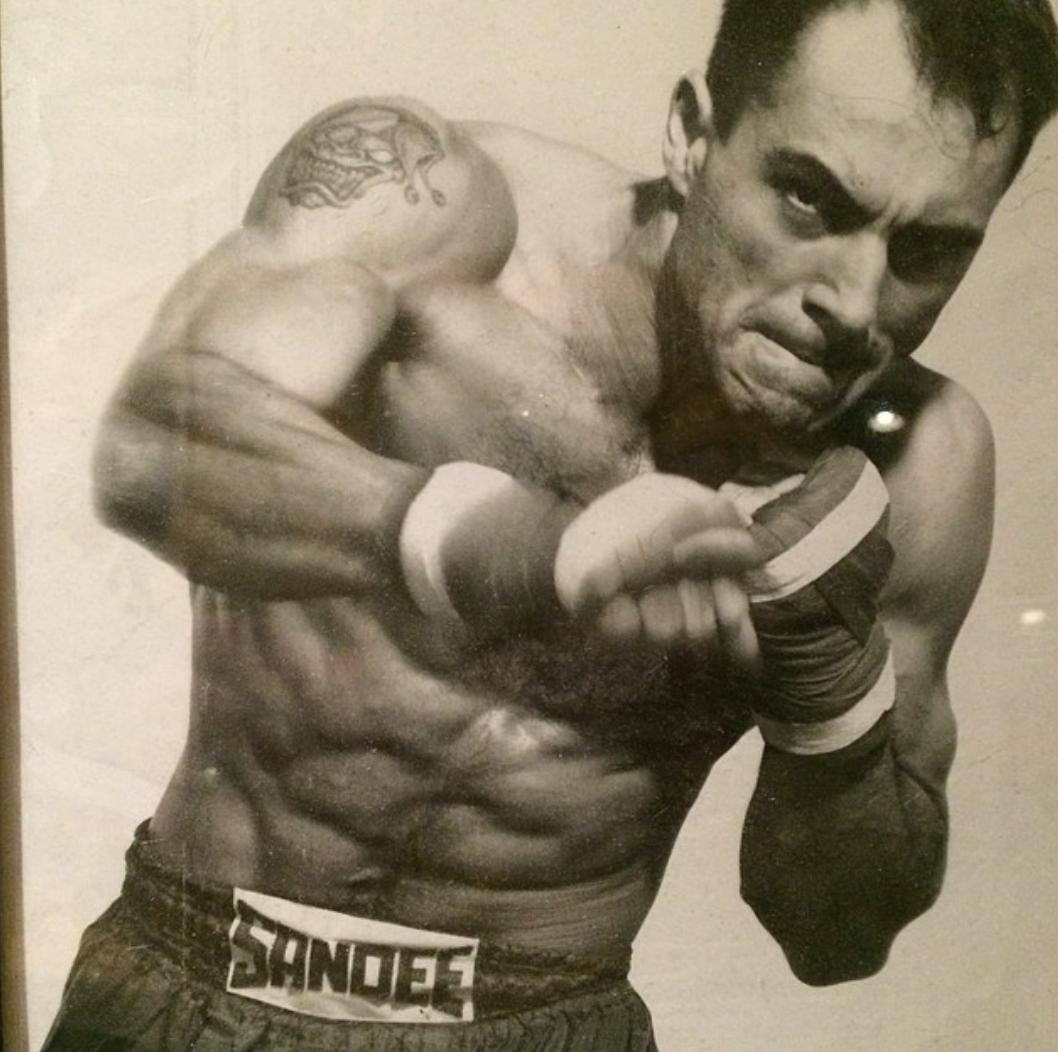 Similarly, he won the "US Open Taekwondo Championship Tournament" at the age of 19. He became Massachusetts's state champion for four consecutive years and later became Taekwondo instructor too.

He attended "University of Massachusetts Boston", but he dropped out without graduating as he reportedly thought the native education system pointless.

At the age of 21, he started his career in stand-up comedy from around Boston. It is quite fascinating, that the income of Joe Rogan has risen to such a peak over the years. He has an interesting and diverse career in the entertainment industry. He has appeared in several Tv shows, hosted many reputed fighting events and has his own podcast.

As Joe Rogan was pretty interested in Martial Arts, and similar kinds of Sports from his early teens and was Massachusetts State champion for four years it was hard for him to retire from the sports of Taekwondo at 21 after he developed frequent headaches and injuries while practicing it.

After that, he chose Kick-Boxing for his career but later he became a professional stand-up comedian. Joe Rogan performed his first ever act on August 27, 1988, at Stitches Comedy Club in Boston. During his stand-up period, he also did some odd jobs to be financially secured.

He used to deliver newspapers, drive a limo, did some construction work, and taught martial arts.  His 'Blue-Comedy' performance earned him several gigs at bachelor parties and strip clubs. 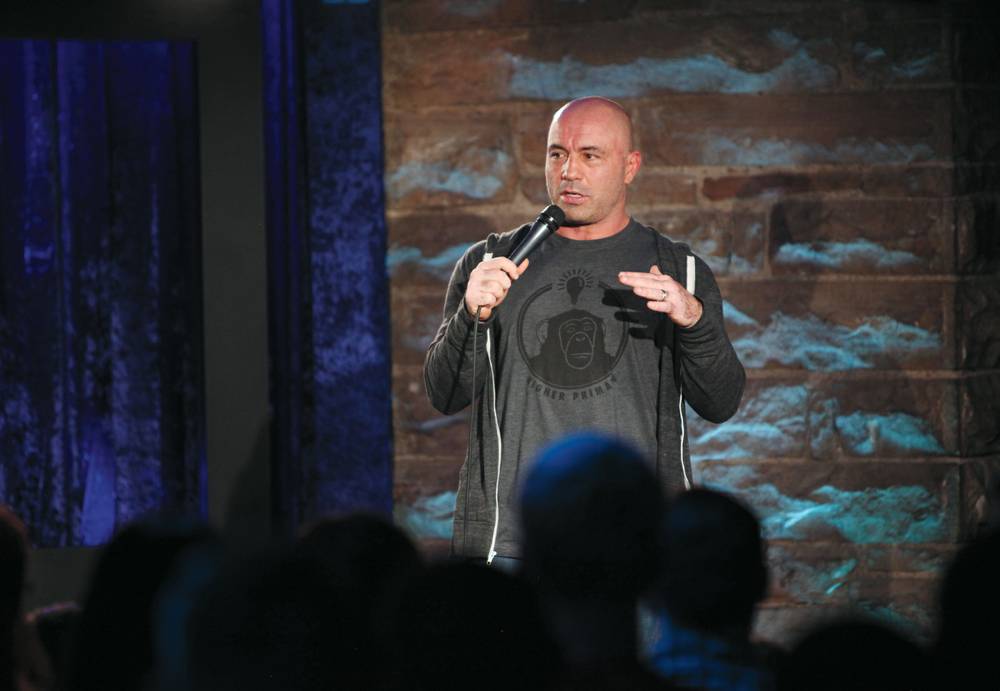 One day after seeing Rogan's act, Jeff Sussman, a talent manager approached him and started managing Joe's acts. In 1990, he moved to New York to be a full-time comedian. He calls Richard Jeni, Lenny Bruce, Sam Kinison, and Bill Hicks as his comedy influences.

In 1994, he moved to Los Angeles to expand his career. After several attempts, he finally got his first major acting role in the FOX sitcom "Hardball" as Frank Valente. From 1995-1999 he starred in NBC sitcom NewsRadio as Joe Garelli.

In 1997, Joe Rogan began working for "Ultimate Fighting Championship" a mixed martial arts promotion company and was first seen on February 7, 1997,  UFC 12: Judgement Day that took place in Alabama, as a commentator.

In 2001, he was offered a job as a color commentator by Dana White, president of the American Sports promotion company called Zuffa. Back then, he used to cover almost every UFC events.

In December 1999, he recorded his first stand-up comedy album and which was released in August 2000. This album was heavily downloaded from Napster sharing service.

In 2001, NBC offered him to host the American edition of "Fear Factor". This show increased his national exposure and helped him to get more shows and gigs.

In May 2005, he signed a deal with Endeavour Talent Agency and two months later he recorded his second stand-up album. In April 2007, Comedy Central Records released his fourth comedy album "Shiny Happy Jihad".

In January 2009, he hosted a short-lived show called "Game Show in My Head" which was produced by actor Aston Kutcher.

Rogan launched his free pod cast in December 2009, which he wanted to do for a long time. By August 2011, the podcast which was named "The Joe Rogan Experience" was a hit and it entered the list of Top 100 podcasts on iTunes. It has now become the most popular podcast in the world. By October 2015, it has been downloaded over 16 million times a month. 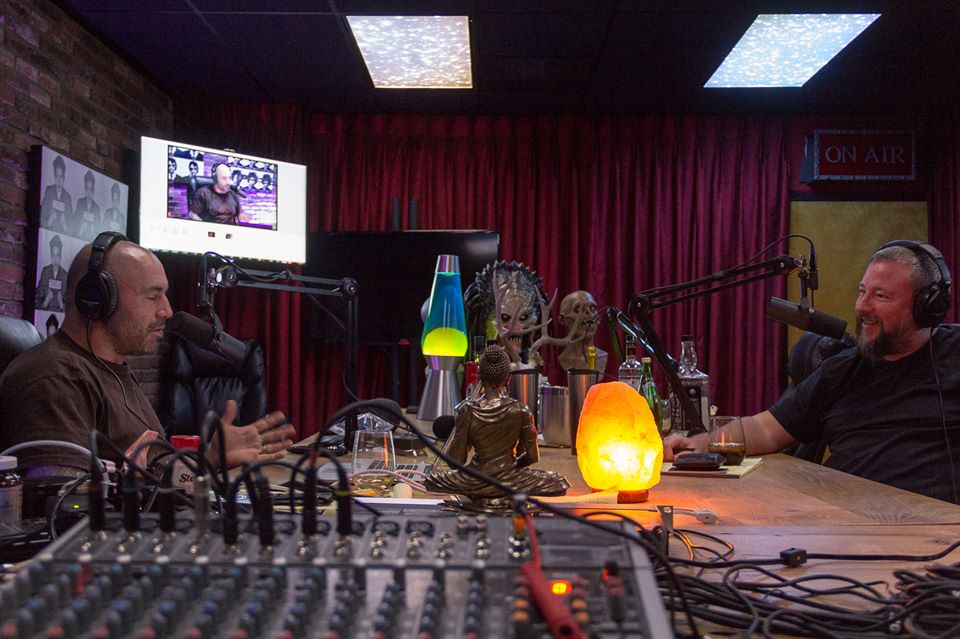 In 2011, he played his first major character in a movie called "Zookeeper" alongside actors like Kevin James, Rosario Dawson, and Leslie Bibb. In December 2012, he released his sixth comedy album "Live From the Tabernacle".

In 2013, he hosted his own Television show called "Joe Rogan Questions Everything" on the SyFy network.

Joe's podcast basically revolves around the UFC, Psychedelic drug and its effects and comics that he works with. Along with that, he is a regular UFC event announcer and a fight analyst. But, Joe nowadays, doesn't host fight nights and prelims but mainly appears for UFC events as a fight commentator, and ringside analyst. Recently, he appeared on UFC 230 as a commenter.

Joe Rogan was raised Catholic but has now abandoned any organized religion, he identifies himself as an agnostic. He is not affiliated with any political parties either.

Joe openly advocates the legalization and use of cannabis. He supports the use of LSD (Lysergic acid diethylamide) which is a hallucinogenic drug to explore the condition of one's consciousness. He also practices Yoga regularly.

Out of all the exercise I do, yoga is the one where after I’m done I always think “I gotta do more of this shit.” 90 minutes of hot yoga does more than workout my body, it purges my mind of stupid thoughts. The brutal intensity of holding difficult poses in 104 degree heat forces you to live in the moment, and the last 20 minutes are a massive struggle to avoid giving in to desperation. After 70 fucking minutes of sweat and strain when you look up at the clock and see there’s still 20 minutes to go you’ve got to put yourself in survival mode to get through. The physical benefits are amazing too. When I do it on a regular basis my body is much more limber and I feel much less tension in my back. It strengthens things in a very unique way and maximizes my range of motion and flexibility like nothing else I do. It also feels like it “ties together” all the other shit I do. All the different kinds of working out, whether it’s kettlebells or martial arts or hill running - they all have their own benefits, but yoga feels like it ties all those benefits together and strengthens all the loose ends. If you’ve ever thought about trying it out, let this post be your motivation. It’s great for you like very few things in this crazy life.

In 2009, Rogan got married to Jessica Ditzel. They have two beautiful daughters born in 2008 and 2010. He is also a stepfather to his wife's daughter from another relationship. The family now happily lives in California.

You may also: Jessica Ditzel Biography

Joe Rogan's Net Worth and Salary

Rogan has a net worth of $25 million in 2019. His first major success was on a Tv show. He did a major role in a movie Zookeeper, hosted a popular show called Fear Factor, and has recorded several comedy albums. He is a versatile personality and has amassed a pretty huge net worth. He salary and income may include his commentary works, stand-up acts and hosting the sports events.

Joe Rogan owns a 7,573 sq foot house in Bell Canyon, California. The house was originally built in 1978. It has 5 bedrooms and 5 bathrooms, swimming pool and two fireplaces. Joe bought the house for $2.2 million in 2003. 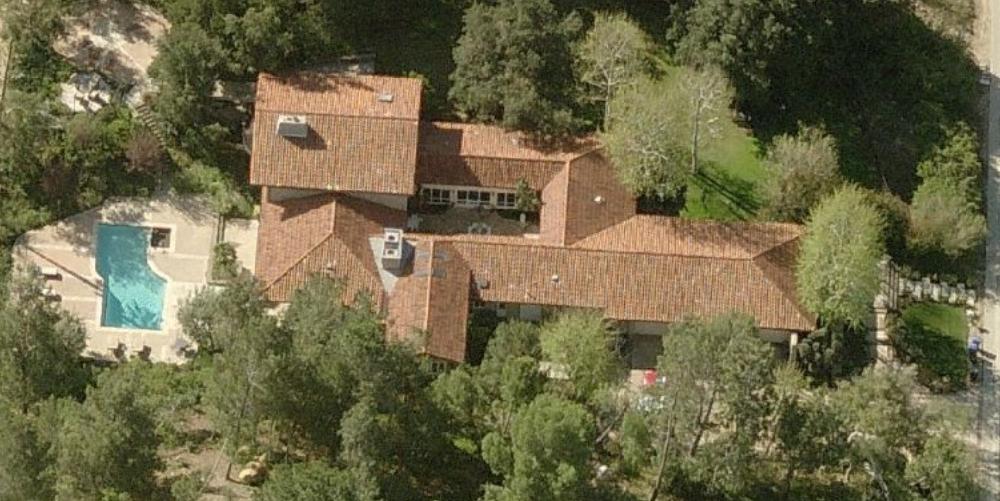 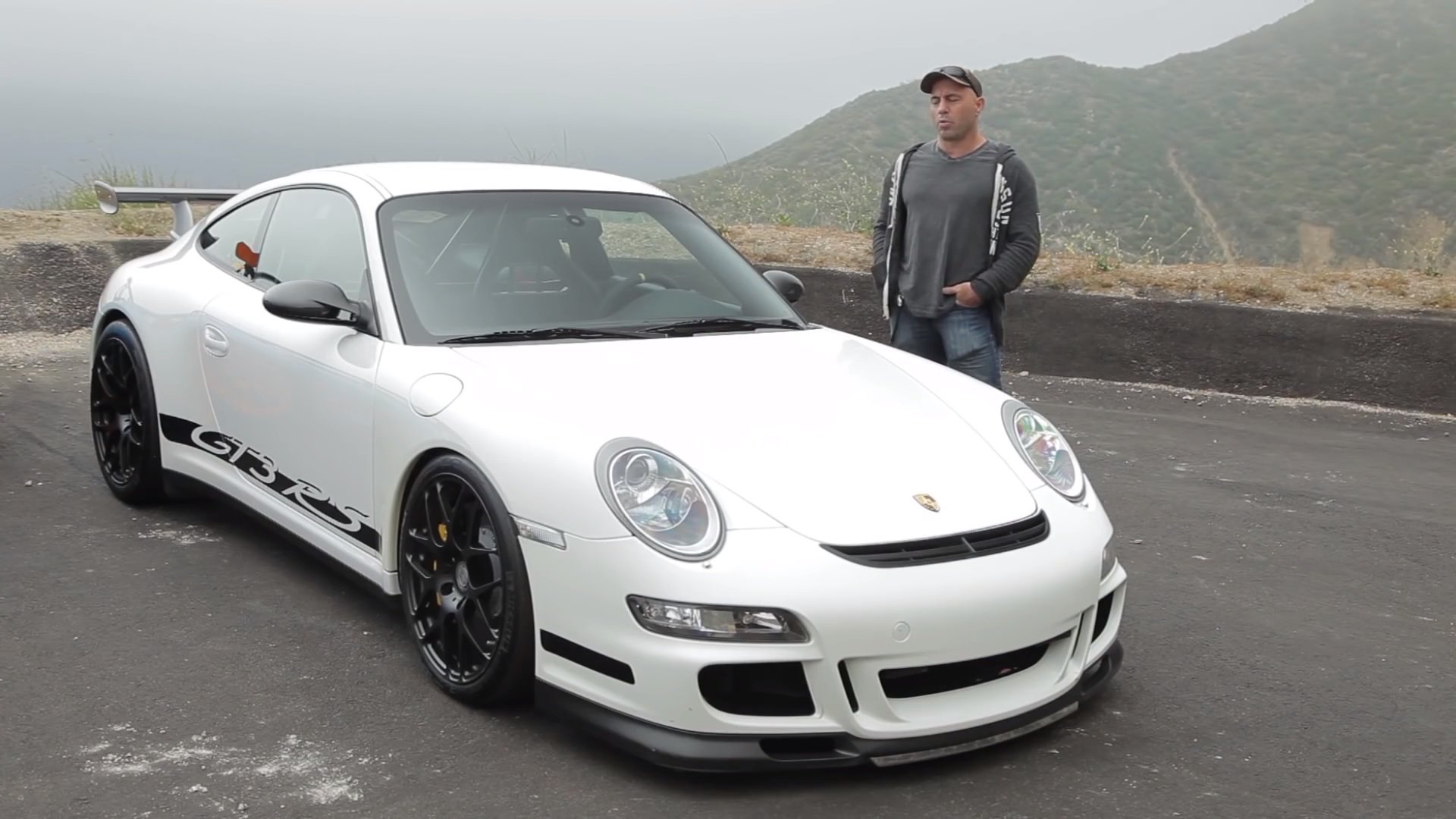 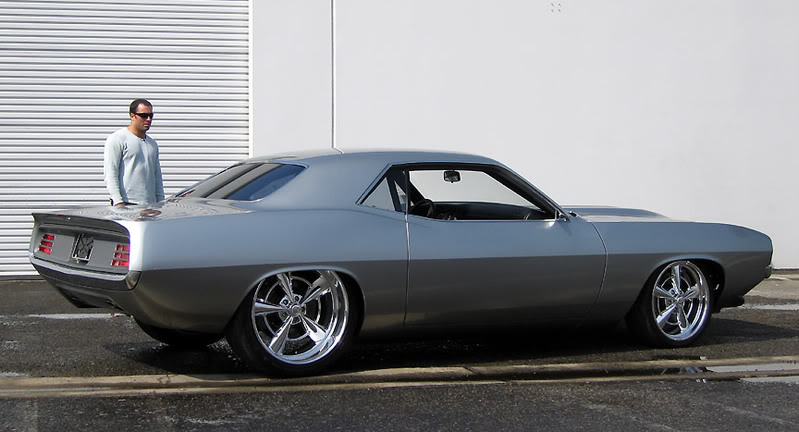 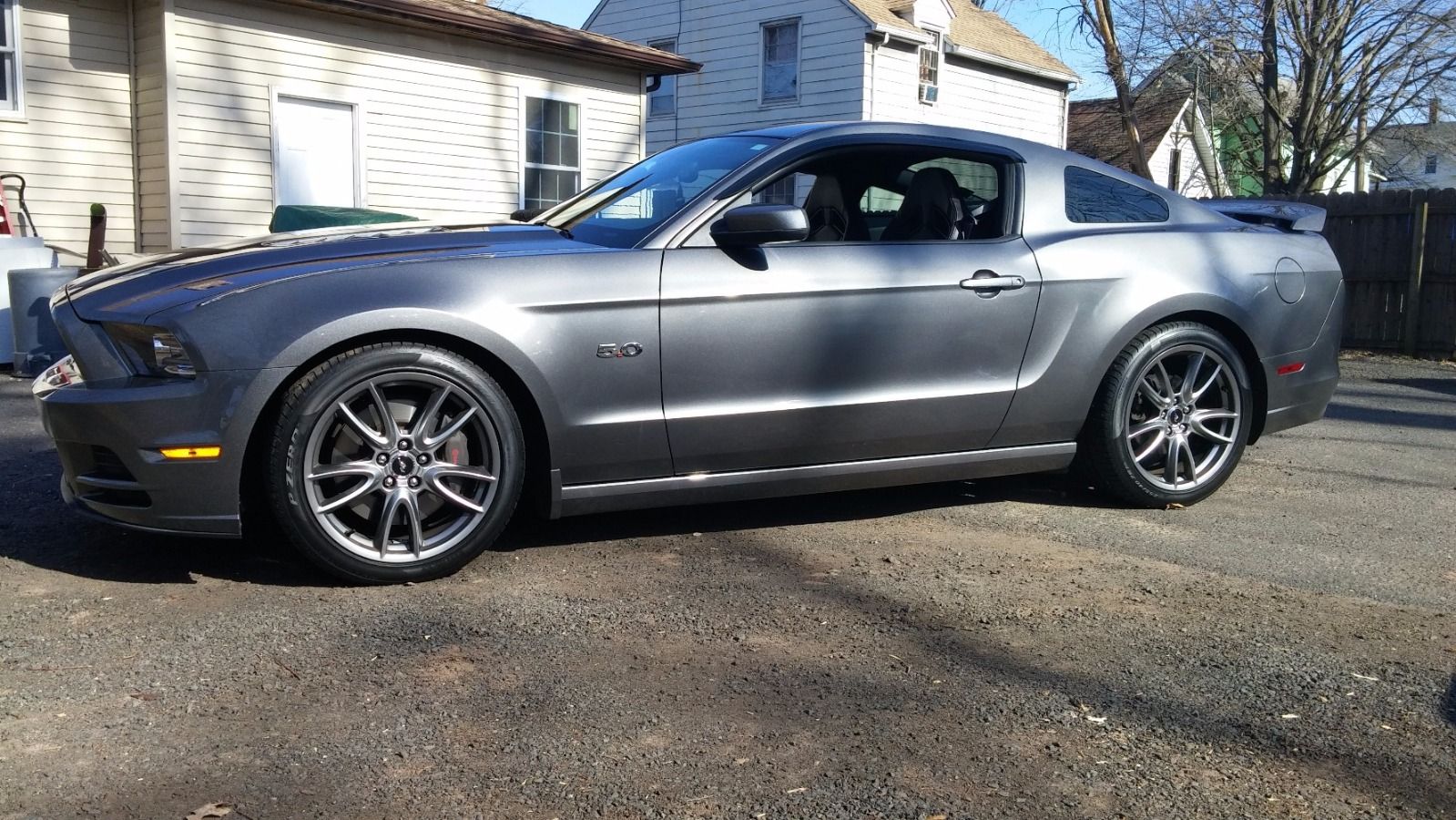