Joe Joyce is a well-known British professional boxer. He is the gold medalist for the Super-heavyweight division in European Games, Commonwealth Games, English National Championship, and GB Championships. Joe is currently the WBO International heavyweight titleholder since 2020. Joyce is known for his punching power and currently holds a 92% knockout-to-win percentage.

Joe Joyce was born Joseph Obey Joyce on September 19, 1985, in London, England. He is the son of Philip Joyce and his wife, Marvel Opara. His father is a Scots-born Irishman, and his mother is of Nigerian descent. Joyce has a younger brother named Torann. Joyce graduated from Elliott School and obtained his undergraduate degree in BSc from Middlesex University. Joe stands six feet and five inches tall and weighs 91 kg.

Joe Joyce has an estimated net worth of more than $2 Million. A professional boxer does not need to win a match to earn money. They have a minimum guaranteed payouts for a game. Also, they make a good amount from the pay-per-view contract and sponsorship deals with brands. Joe is currently working with Frank Warren's Queensberry Promotions and Ringstar Sports as his promoter and co-promoter. 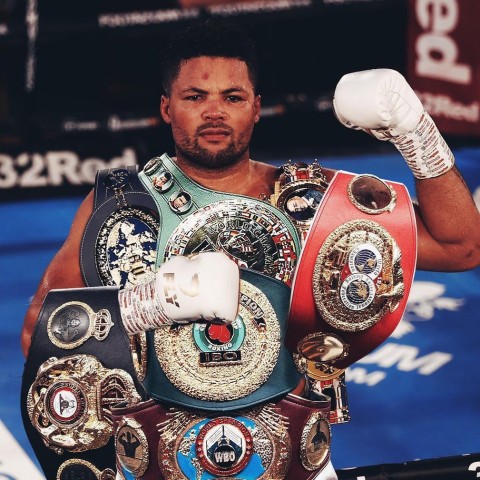 Joe shares a photo with his titles after the match against Dubois SOURCE: [email protected]

Joe started his career as an international boxer. He spent most of his early days representing the British national team in numerous international events. Joyce must receive a handsome amount from the government as his salary and prize money from events. In October 2018, Joe earned $40,000 from his match against Joe Hanks.

In July 2020, Joe earned £500k guaranteed purse money for the fight against Michael Wallisch. Shortly after the match, He fought with Daniel Dubois in a PPV Share match. Joe earned £1 million as his guaranteed payouts and 45% PPV share of the game. His opponent made more than £1.5 million from the single game.

Who is Joe Joyce Dating? Know About His Girlfriend

Joe is an active social media user. His timeline is filled with photos of his games, training, vacations, and family. Although He does not share a word about his love life in the media, following his profile, we can be sure that Joyce is dating his longtime girlfriend, Nadine. They have not shared about their first meeting instance. 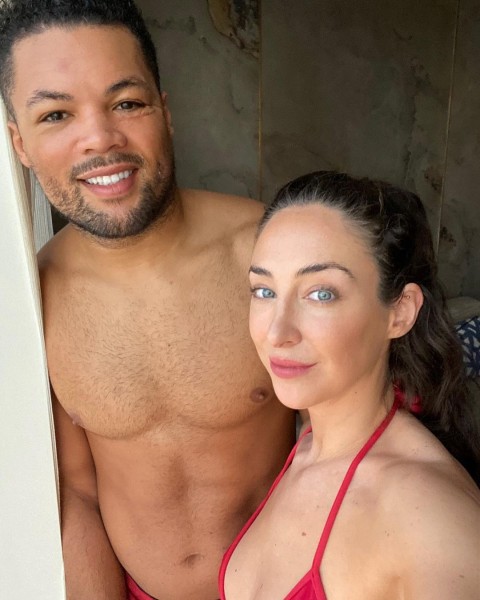 Joe along with his girlfriend, Nadine, at a vacation SOURCE: [email protected]

Nadine is a nurse and a model. She keeps sharing numerous photos with Joe and their vacations.

Joe won his first international medal in 2011 at the GB Championships. He was part of the English National Championship in 2012 and won the gold medal in the Super-heavyweight division. Joyce won Silver Medal at the 2016 Rio Olympics. Joyce turned professional in July 2017 at the age of 31. Joe made his professional debut against Ian Lewison and won the match via TKO.

In 2018, Joe fought in six matches and won all of them via KO. He won his first Commonwealth Heavyweight title against Lenroy Thomas and second title of vacant WBA Continental heavyweight against Joe Hanks. In 2019, Joyce retained all of his titles and won the vacant WBA Gold heavyweight title. In early 2020, He won his match against Michael Wallisch via TKO in the third round.