Carlos Takam is a well-known Cameroonian-born French professional boxer. He is currently fighting in the professional match for more than fifteen years. Carlos turned professional in December 2005. Takam is the Golf Medalist in the Super-heavyweight division in the 2003 African Championships. Carlos was the former WBC Silver heavyweight titleholder in 2014.

Carlos Takam was born Armand Carlos Netsing Takam on December 6, 1980, in Douala, Cameroon. He rose to fame so much about his early life through his successful career, and his parent is still under the radar. Takam spent most of his early days in Cameroon before moving to France. Takam holds both French and Cameroonian citizenship. Carlos stands six feet and one inch tall and weighs 107 kg.

Carlos Takam has an estimated net worth of more than $2 Million. He has earned most of his net worth through his fifteen years of professional career. Takam made $10,000 from his match against Gbenga Oloukun. In 2013, He took home $30,000 as his prize money from the match against Michael Grant. 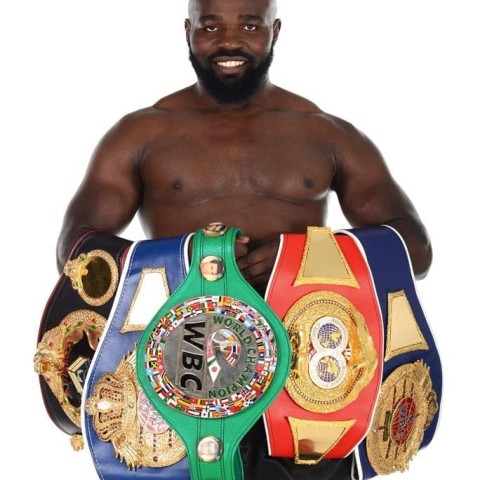 Carlos shares a photo with his titles SOURCE: [email protected]

Carlos is very much private about his love life. He has not shared a word about his relationship status in public. Takam is very close to his family and spends most of his time training and friends. There is no rumor of the boxer having any relationship in the media.

Carlos started boxing from a very early age. He represented Cameroon in his amateur days and made his professional debut in December 2005 against Zine Eddine Benmakhlouf and won the match via PTS. The following year, He fought in seven matches and won all of them. In 2008, Takam remained undefeated, winning all of his five matches. In June 2009, Carlos lost his first professional match against Gregory Tony.