Daniel Dubois is a rising British professional boxer. He has been fighting in professional matches since 2017. Dubois has held multiple regional heavyweight titles, including the British and Commonwealth titles, from 2019 to 2020. Daniel won five-time national junior titlist and British amateur champion.

Daniel Dubois was born Daniel Raphael Dubois on September 6, 1997, in Greenwich, London, England. Daniel is one of 11 children fathered by Dave Dubois. His father is a former Camden Market street trader who would fly to New York in the 1980s to sell posters. He has a younger sister Carolina Dubois, who is also a boxer. Daniel stands six feet and five inches tall and weighs 110 kg.

Daniel started training boxing at the age of nine. His father started introduced him to boxing to keep him away from trouble. He trains at the Peacock Gym in Canning Town, working under Tony and Martin Bowers. Dubios completed his amateur career fighting in seventy-five matches and won two English schoolboy titles, two junior ABAs plus the CYPs. Won the British Seniors. 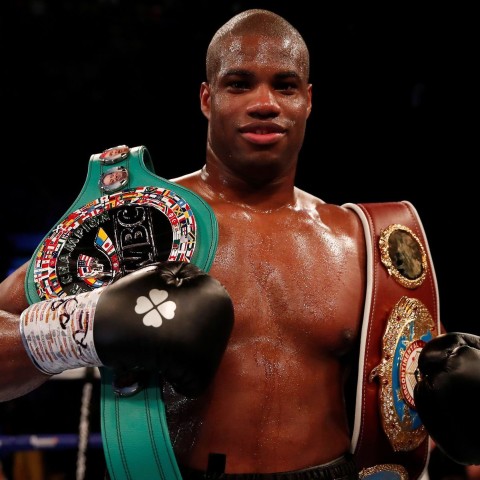 Daniel Dubois, along with his title SOURCE: The Irish Time

Who is Daniel Dubois Dating? Know About His Girlfriend

Daniel Dubois is single as of early 2021. He is an active social media user, and his Instagram timeline of 178k followers is filled with photos of his training, family, and games. In an interview, Dubois shared about dating a girl but later separated from her as boxing’s so demanding he can’t afford to waste much time.

Daniel has an estimated net worth of more than $1 Million. As per sources, In 2018, Daniel took home $50,000 from his match against Kevin Johnson. The Following year, Dubois earned $800,000 from his four title matches. In 2020, The British fighter earned an estimated $700,000 from his game against Ricardo Snijders. Dubios has a sponsorship deal with Adidas, 32red, and footasylum.