Dustin Poirier is an American mixed martial artist who is currently competing in the Ultimate Fighting Championship (UFC) in the lightweight division. Before this, he fought in Bang FC and the WEC.

Poirier is an all-rounded fighter who utilizes power punches along with jabs and steps to set up powerful strikes like a cross. He was described as a Thugjitsu fighter. Poirier holds a net massive net worth of $5 million.

The net worth of Dustin Poirier is estimated at over $5 million in 2021, which is going to rise shortly. 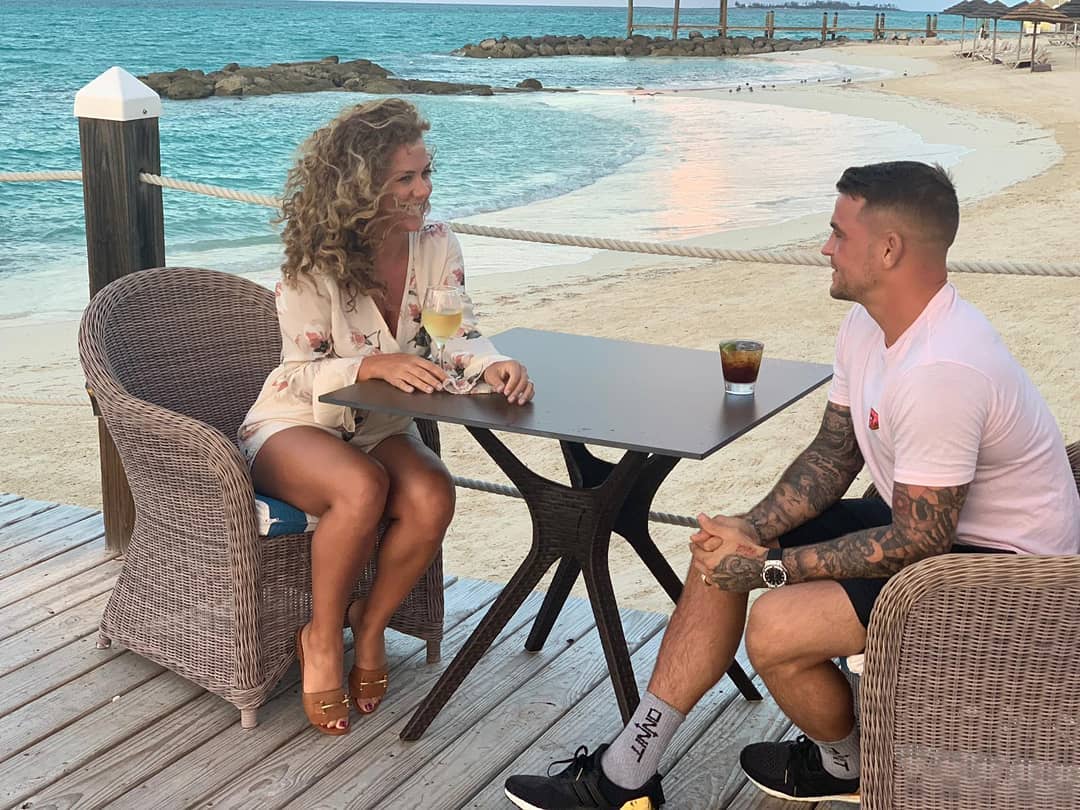 Dustin and his wife during their vacation at New Providence, Bahamas, on May 1. SOURCE: Instagram

Such a massive net worth surely helps him to live a luxurious life. You will be amazed to see his lifestyle, which is seen on his Instagram posts. He often travels to different locations like the Bahamas, and many more with his family and friends.

Who is Dustin Poirier's Wife?

Poirier is a married man who is currently married to Jolie Poirier on  September 4, 2009. Well, the couple is together since their teenage days, and their affair began when they were just about 14 years old. 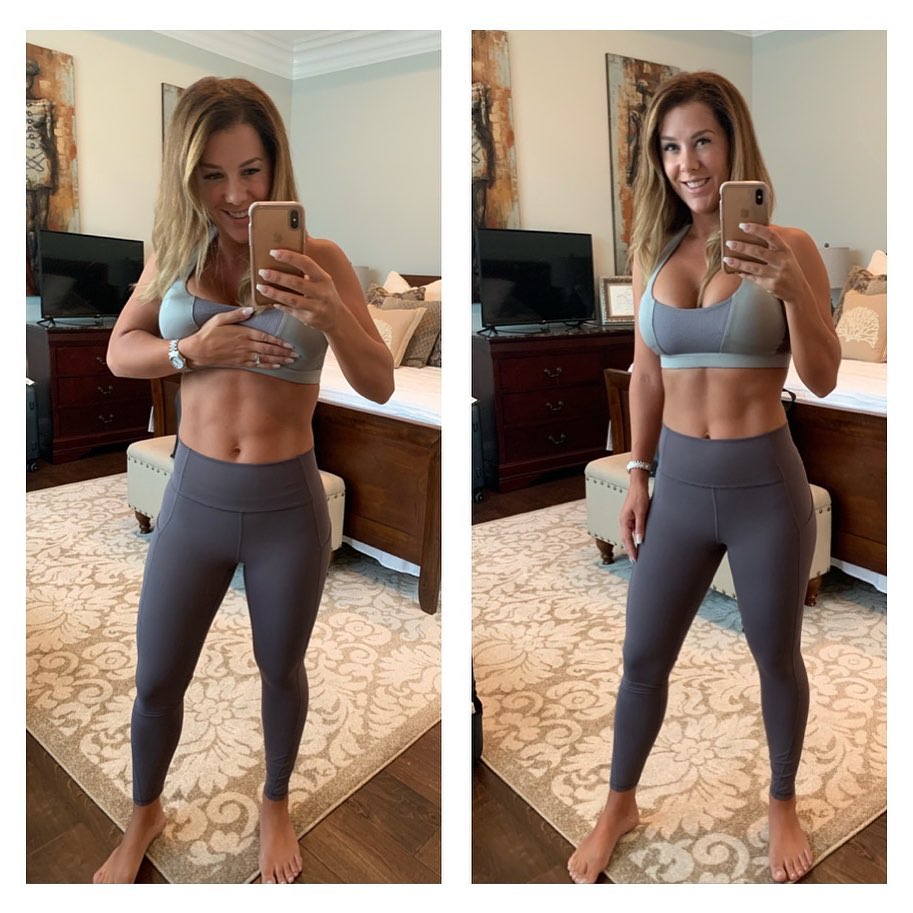 Dustin and his wife completed almost a decade in the marital relationship, which shows that their bonding will last long. As we can say that, they will never dream of being divorced since their married life is gloming. 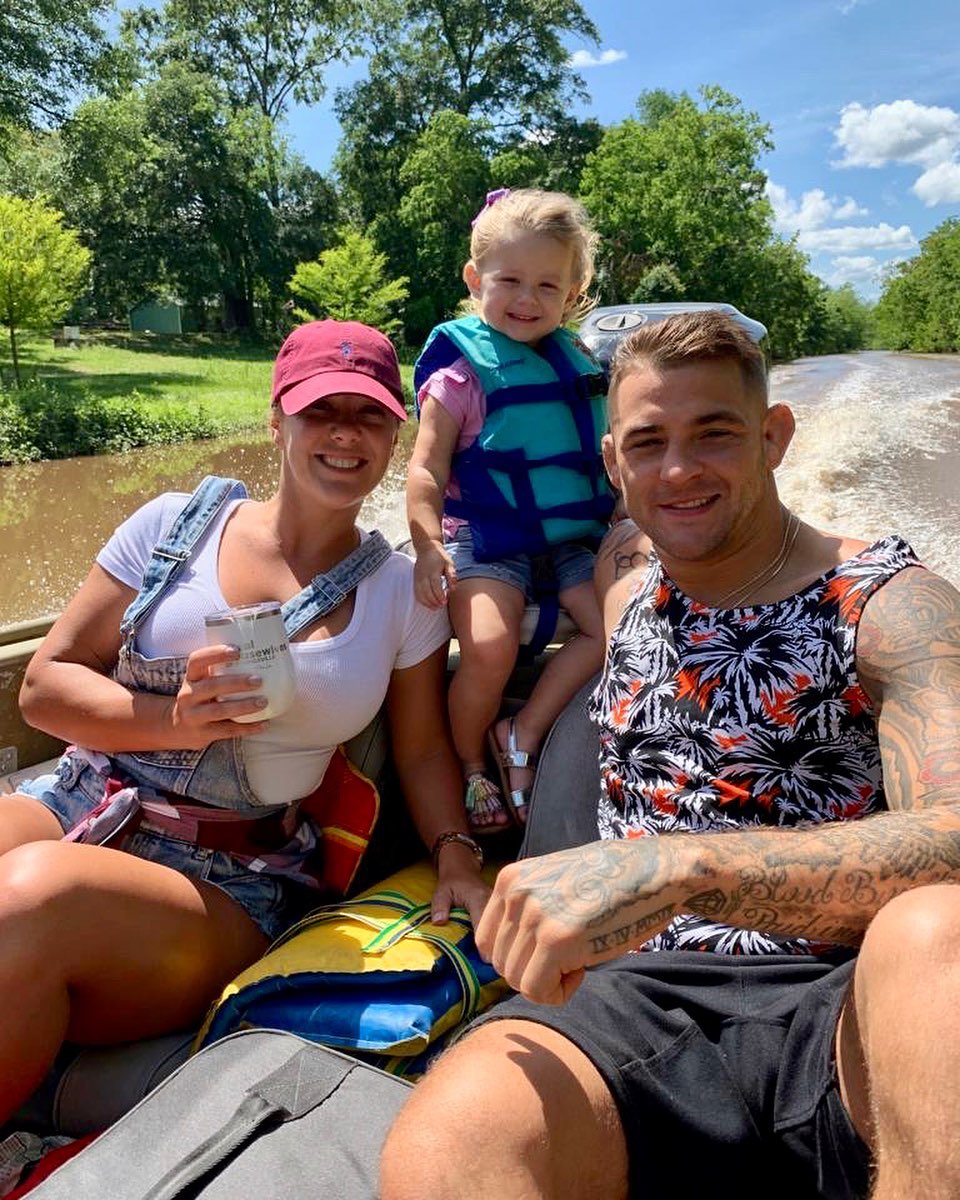 Dustin with his wife Jolie and daughter at Lafayette, Louisiana, on May 6.SOURCE: Instagram

His wife became pregnant in December of 2015 and had their first child, Parker Noelle Poirier, in 2016. Poirier in an interview has said that he wishes to win the title for the sake of his wife as well. Dustin enjoys every moment with his spouse and daughter as it can be seen on his official Instagram posts.

Dustin Glenn Poirier was born on January 19, 1989, in Lafayette, Louisiana to parents Darrell Poirier and Jere' Folley Chaisson. He studied at Northside High School where he completed his high school education. He used to wrestle during his high school years.

Dustin Poirier turned professional in 2009. At the beginning of his career, he was able to compile a winning streak of 7-0 competing in regional matches across his native Louisiana. He started to catch more attention by defeating Daniel Watts in the first round at Bang FC on October 31, 2009.

World Extreme Cagefighting merged with UFC in October of 2010, and as a result, all WEC fighters were transferred to the UFC which included Dusting Poirier as well. Following the UFC/WEC merger, Poirier was soon able to catch a lot of attention, mostly due to his victory over the No. 1 contender Josh Grispi on January 1, 2011. Poirier filled in for the newly crowned UFC Featherweight Champion Jose Aldo for the fight as Aldo withdrew from the battle due to a back injury.

On May 15, 2012, Poirier faced Chan Sung Jung in the main event at UFC on Fuel TV: Korean Zombie vs. Poirier. The match was Poirier's first main event which he went on to lose to Jung in the fourth round with a submission. The performance was of high caliber earning both participants Fight of the Night honors. Several publications announced the fight as the Fight of the Year at the end of 2012. 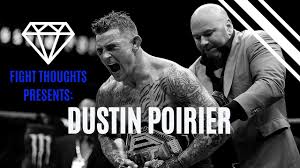 Dustin Poirier was set in a co-main event on February 16, 2013, at UFC on Fuel TV: Barao Vs. McDonald. He was replacing for injured Dennis Siver during the match facing against Cub Swanson. During the fight, both parties had landed punches to each other and Poirier had scored leg kicks and double leg takedowns to Swanson's head kicks and submission attempts. Poirier lost the match via unanimous decision.

In 2014, Poirier faced Akira Corassani at The Ultimate Fighter Nations Finale. He put an end to the fight in the second round with a TKO. The win earned him his second Fight of the Night bonus award. He faced Conor McGregor on September 27, 2014, at UFC 178. He was unable to stop McGregor and lost the fight in the first round by TKO. He changed weight division after the match and moved to the Lightweight division and said that he would never go back to featherweight nor move up to the welterweight.

On April 4, 2015, Dustin Poirier faced Carlos Diego Ferreira in a lightweight bout. He won the fight with a knockout in the first round which earned him his first performance of the Night bonus award. His pay for the match was disclosed to be $118,000, the highest disclosed payment received by Poirier so far. Poirier won his second performance of the Night bonus award in June of 2015 winning the fight against Yancy Medeiros with a TKO in the first round.

Excited to be a part of the first ever @valimorwatches campaign

At UFC 208 held on February 11, 2017, Poirier challenged Jim Miller. He won the match with the majority decision and earned himself his third Fight of the Night bonus award. The injuries sustained resulted in Poirier being suspended indefinitely. After recovery, his first opponent was Eddie Alvarez who he faced on May 13, 2017. Alvarez landed two illegal knees while Poirier was against the fence which caused the fight to be ended with a No Contest.

Dustin Poirier and Anthony Pettis faced each other on November 11, 2017, at UFC Fight Night 120. Poirier won the fight with Pettis tapping out in the third round. He earned another Fight of the Night bonus award for himself with the win.

In 2018, Poirier signed a new contract with UFC. He faced Justin Gaethje on April 14, 2018, and won the fight via TKO in the fourth round. Poirier was able to get a rematch with Eddie Alvarez on July 28, 2018, as the main event at UFC on Fox 30. He won the fight in the second round via TKO. He won the Performace of the Night Award with the win.

On August 3, 2018, Poirier was announced to have agreed to face Nate Diaz on November 3, 2018. The fight shall be the main event for the lightweight division and is expected to be a co-headliner of UFC 230.

Furthermore, UFC announced that Dustin is scheduled to face Max Holloway for the Interim UFC Lightweight Championship on April 13, 2019, at UFC 236. He defeated Holloway via unanimous decision.

Poirier then faced Khabib for the lightweight title but lost via submission. He then went on to defeat Dan Hooker and Conor McGregor. He is scheduled to face Conor on July 10, 2021 at UFC 264.