Cub Swanson is an American mixed martial artist who currently competes in the featherweight division of the Ultimate Fighting Championship (UFC). He started his professional MMA career in 2004, fighting in the lightweight division and moving down to featherweight in 2006.

How Much Is Cub Swanson's Net Worth In 2022? Know His UFC Career Earning 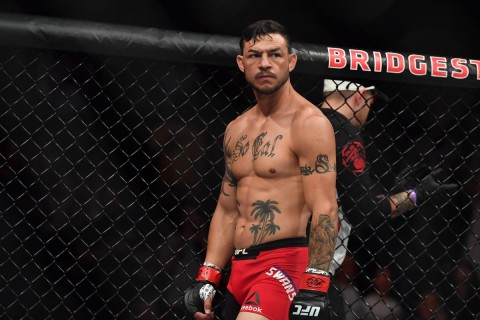 Cub competes in the UFC under the featherweight division SOURCE: MMA Mania

Swanson earned about $200,000 for his fight at UFC 206 and was paid $146,000 at UFC Fight Night 123. He is popular on social networking sites to handles many followers. Cub has a pleasant personality. He has a standing height of 5 feet and 8 inches. His weight is around 66 kg.

Is Cub Swanson Married? Know His Affair, Wife, and Children

Cub Swanson has maintained a low profile regarding his private matters. He is married and has a daughter with his wife, Kenda Perez and has a daughter Royal Rae Swanson. Kenda gave birth to Royal on August 21, 2017, and their lovely daughter is two years old now. 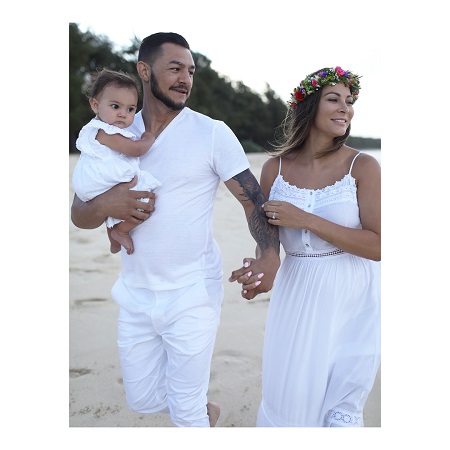 Swanson with his partner and child SOURCE: Ikusa

Kenda is a model and host of Best of Pride Fighting Championships and Best Of WEC on Fox Sports 1. They had a private wedding ceremony.

Cub Swanson was born on November 2, 1983, so he is currently 34 years old as of 2018in Palm Springs, California, United States. He is a white-American MMA fighter currently signed up with the UFC promotion. Further, Swanson's star sign is Sagittarius.

Digging into his personal life, Cub Swanson was born to a Swedish-American father and a Mexican mother. He is not the single child of his parents. He has three siblings. His father died after three months after his birth. Born in a religious family, he spent most of his childhood in church.

Growing up, Swanson went to Cathedral City High School, but Swanson soon was associating with street gangs and indulging in fights. During his teenage, he was sent to a juvenile detention center for committing a house robbery with his friends.

Upon training and practicing Brazilian jiu-jitsu, he made his WEC debut on March 24, 2007. In his debut match, he defeated Tommy Lee. On December 3, 2008, at WEC 37, he faced Hiroyuki Takaya and won the fight via unanimous decision. On June 7, 2009, at WEC 41, he faced veteran Jose Aldo but was defeated by Aldo 8 seconds into the first round via a double flying knee.

On December 10, 2016, at UFC 206, he faced Doo Ho Choi and won the fight via unanimous decision. On April 22, 2017, at UFC Fight Night 108, Cub Swanson defeated Artem Lobov unanimously but lost against Brian Ortega in December.

Swanson faced Frankie Edger and Renato Moicano in 2018 but lost both fights. On May 4, 2019, he was defeated by Shane Burgos at UFC Fight Night: Iaquinta vs. Cowboy. In December, he fought Daniel Pineda at UFC 256 and was defeated.