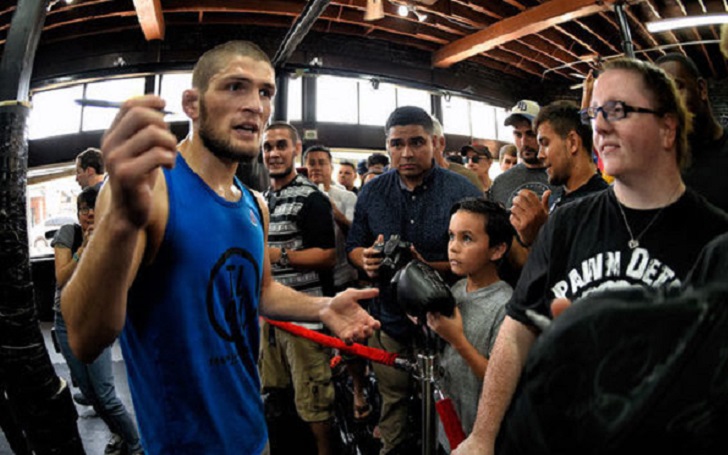 It is not a secret that the UFC Lightweight champion Khabib Nurmagomedov supports the Spanish club Real Madrid FC but it seems like, his love for the Spanish Giants runs deep as he jokingly refused to take a photo with a young Barcelona supporter. He made the young boy say, "Hala Madrid" which translates to  translates to "Let's go, Madrid."

When a teenage Barcelona supporter approached to the 155 lb champion to take a photo, The Eagle jokingly said, "No, no, no, he is a Barcelona guy, no," in denial and added, "Not with you brother."

Khabib refused to take a photo with a Barca fan untill he said 'Hala Madrid' lmao
You love to see this pic.twitter.com/9ejugYLOgh

"I am Real Madrid, brother. It doesn't matter, Ronaldo or not"

"If you say Hala Madrid, we are going to take a picture. Let's go!," Khabib then declared, in a move which would eventually secure the selfie with the Dagestani superstar.

Several UFC and football fans commented on the post and some of them even suggested Real Madrid to make Khabib the brand ambassador of the club.

Khabib's suspension ended recently in June and is scheduled to face Dustin Poirier at UFC 242 on September 7 in Abu Dhabi.