Dillon Danis Reveals his Thoughts over UFC 229 Brawl; "Conor knocks him out cold", On Khabib-Conor Rematch 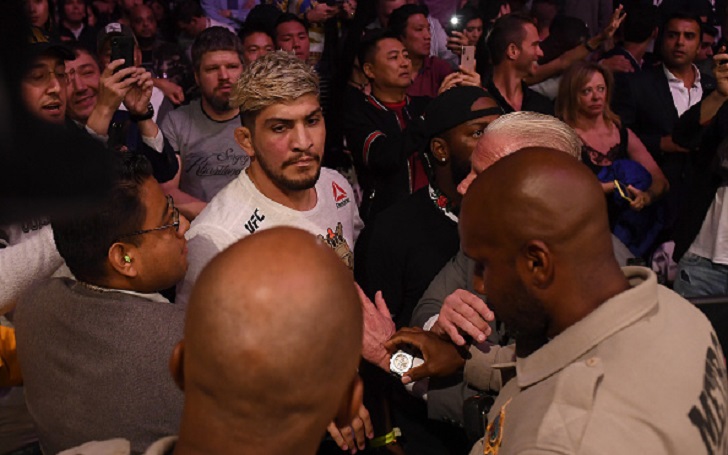 Conor McGregor's trainer and one of the cornermen at UFC 229, Dillon Danis has recently broken his silence on UFC 229 aftermatch brawl. In an interview with Ariel Helwani’s MMA Show, the jiu-jitsu champion predicted McGregor will KO Nurmagomedov in the rematch.

“All I know is when Conor knocks him out cold, it’s going to be feel f***ing sweet. It will happen, mark my words, trust me. I train with him, I know.”

Conor was handed 6 months suspension, while Danis received 7 months. The lightweight champion was suspended for 9 months for his action.

Danis also talked about his cageside brawl with the Eagle after he submitted Conor in the fourth round.

“When he jumped, it was such a weird act because he had his hands and his feet up and it’s like, ‘How do I block this?’ I was really confused. I was like, ‘Is he going to drop kick me?’ In my head, I just wanted to block. I don’t know if he hit me with a hammerfist. I don’t remember. I think most of the marks I had was from after when the guys were punching me and stuff. He didn’t really hit me. I remember I hit him with a right hand and then I got him in the clinch and had like a collar tie on him and was throwing uppercuts. It was weird because usually when you fight someone they want to fight you. He wasn’t coming toward me, he was going away from me and I kept trying to bring him back in the collar tie. It was the weirdest thing ever. It was just mayhem after that.”

He has the record of (1-0) in MMA and is planning to return to the Octagon in May to fight Max Humphrey at Bellator 221.