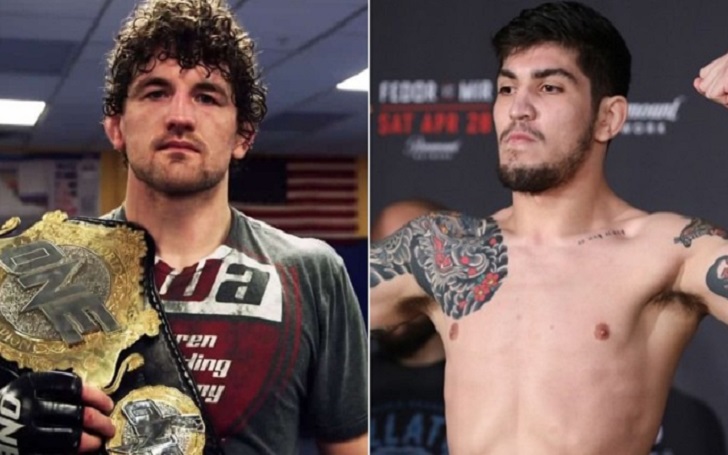 Dillon Danis and Ben Askren have been continuously sharing words in social media posts lately. After Askren's latest words attack, Dillon challenged him in a grappling match and has taken it too far.

The BJJ World Champion made a Tweet where he openly challenged the undefeated MMA fighter to a submission grappling match.

“I’m the undisputed best grappler in MMA! if you want a shot at the big money fight [Ben Askren] put this outfit back on and dance for it bitch."

Polaris Professional, a grappling promotion, also made a post announcing that they would like to promote the fight.

“Ben Askren vs. Dillon Danis. Would you guys like a wrestle on our stage? We’d be happy to host it and put it out on UFC Fight Pass.”

@Benaskren vs @dillondanis Would you guys like a wrestle on our stage? We'd be happy to host it and put it out on @UFCFightPass pic.twitter.com/bgLXlQt70d

Both the fighters are professional grapplers while Dillon is a gold medalist in Pan Jiu-Jitsu No-Gi Championship. If the fighters we to compete in the grappling bout, who do you pick?

Khabib Issues Warning Over Justin Gaethje Ahead OF UFC 254, Is Conor In The Mix? 17 hours by James