Ranked among the top 10 best active welterweight wrestler, Danny Garcia is a well-known American professional boxer. He has only a few boxers who have held multiple world championships in two weight classes. He held the title of Welterweight and lineal light-welterweight.

Danny Garcia was born Danny Oscar Garcia on March 20, 1988, in North Philadelphia. He is among the four children born to Angel Garcia and his wife, Maritza Garcia. His father was also a professional boxer, and his mother looked after their kids at home. He has two sisters named Angelise Garcia and Sianney Garcia and a brother named Erik Garcia. He did not get involved in any formal education.

Net Worth, Earnings, and Fight Payouts

Danny Garcia has been fighting in the Ring for more than twelve years. He has accumulated a hefty sum in his career. Danny Garcia has an estimated net worth of $10 Million. He started his career as a hometown boy in Philadelphia and reached the pinnacle of success within years. Danny earned his first six-figure amount with his fight against Morales. He made a total of $225,00 from the contest. He was due to earn $175,000 but received an extra $50,000 for Morales' fine. 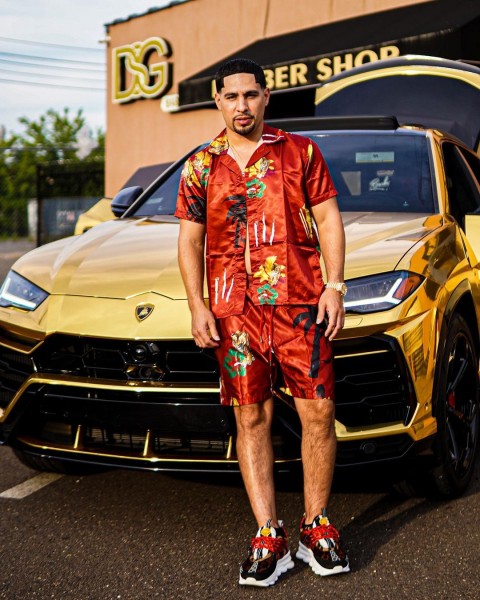 Danny shares a photo along with his Lamborghini SOURCE: [email protected]

In 2012, Garcia earned $520,000 from his bought against Khan. By the end of 2012, His wage increased to $1 Million for the rematch against Morales. Garcia earned $1.25 million, a career-high purse at the time, by defeating Zab Judah. In 2015, Danny earned $1.5 Million for a buy against Peterson. The same year, Garcia made his debut in Welterweight and fought his first match against Paulie Malignaggi, and earned $1.5 Million as the prize money.

In 2017, Danny lost his match against Keith Thurman but earned $2 Million as per the contract. The same year, Due to Thurman's injury, Danny got a chance to fight against Rios. Danny won the match earning $1.25 Million as the prize money. In 2019, Top Rank offered Danny with $3 Million purses for his matchup against Granados.

Danny headlined a PPV event against Errol Spence Jr in December 2020 with a PPV tier-based contract with PBC and FOX through which he earned a percentage of final PPV revenue. The event was expected to make 600,000 to 750,000 PPV sales that would earn him around $8 million to $10 million.

Danny was guaranteed $5 million from this fight plus a share of PPV revenue.

Philadelphia Native, Danny started training at the very early age of ten. His father introduced him to boxing.  Ángel has since been Danny's primary boxing coach. Garcia always remained the topic of news after his matches during his amateur career. Danny finished his amateur career with a total of 107 wins and a loss of 13. He was born with a sixth toe on his right foot.

After winning several national-level tournaments, Garcia made his professional debut in the light welterweight division. Following his lighting amateur career, Danny had a similar start to his professional career. He fought his first professional match up against Mike Denby on November 17, 2007, at the Borgata Hotel Casino. He won his first match with a KO in the third round.

After since There was no stopping Danny, He starts climbing the ladder of success one after another. In 2008, Garcia got a chance to fight for the NABO Jr. welterweight belt. He eventually won the tournament up against former champion Kendall Holt. He won the final match with a split decision. By the end of this tournament, He had made headlines all over the states.

Shortly after the title win, It was announced that Garcia was going to face Erik Morales for the WBC Super lightweight champion. This match was given another name of "Puerto Rico vs Mexico." Due to some problem, The game was rescheduled and fought on Mach 24, 2012. Garcia started the game with a slow pace but did not take long before striking back with powerful punches all over his body. The game ended in the eleventh round right after Danny knockdown Eril and received a unanimous decision in his favor.

Danny kept winning the titles and reminded unbeaten in his first thirty-four professional games. In 2017, Garcia was set to face Keith Thurman, then-undefeated welterweight champion. This was a title merge match. The game was scheduled for March 4, 2017. It was one of the biggest matches in history in the welterweight division. Danny faced the first loss of his career via a split decision with the scorecards 116-112, 113-115 & 115-113 in favor of Thurman.

The welterweight champion lost two of his five matches after his first loss with Thurman. Out of his thirty-six wins in his professional career, He has won 21 games with a Knockout and fifteen via decisions. Garcia recently lost an IBF and WBC title match against Errol Spence Jr. via a unanimous decision.

Danny is involved in a romantic relationship with Erica Mendez for more than five years. The love birds have been together since 2013. Nothing much about their first meeting instance is shared with the public. Danny and Erica are yet to tie their wedding knot. 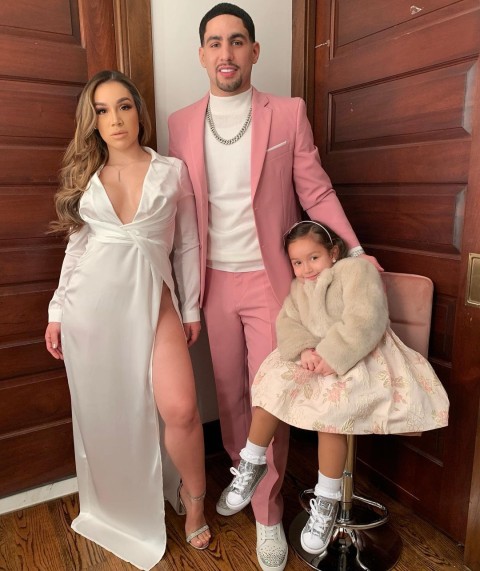 Danny shares a photo of his girlfriend and daughter SOURCE: [email protected]

Danny and Erica have a daughter named Philly Swift Garcia. Philly was born on August 15, 2015. The family of three is living a happy and beautiful life. Erica is a Hip hop and R&B artist and a model. Every member of the family of an active social media user and keep posting photos of each other in their timelines.