Three Consecutive United States National Championship winner, Errol Spence Jr., is a well-known American professional boxer. Errol holds the unified title of welterweight world champion and WBC title. He has been at the professional level since 2009. Spence holds the knockout-to-win ratio of 80.8%.

Net Worth In Millions; Earnings from Boxing and Paycheck

Errol Spence Jr. has an estimated net worth of more than $10 Million. He has earned a hefty sum through his successful career in boxing. Errol made his first six-figure earnings in 2016 for his match against Chris Algieri. He earned $225,000 as per the contract. The same year, He earned $250,000 from his match against Leonard Bundu. Spence got $1.2 Million as the prize money after defeating Kell Brook. 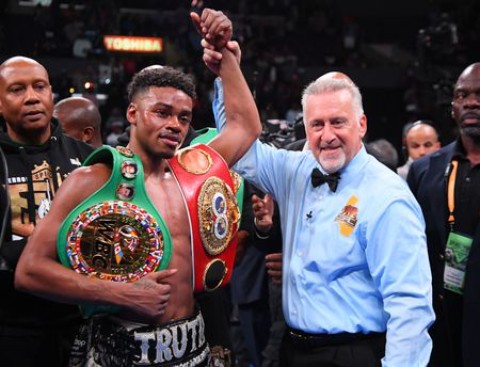 Errol has earned much of his net worth through his Matches SOURCE: Cleveland

In 2017, Spence's wage increased and reached $3.5 Million for his match against Lamont Peterson. In 2018, Errol earned $1.2 Million from his bout against Ocampo. The American boxer earned $1.4 Million and  60% of PPV Share Revenue, allocating to almost $10 Million from his matchup against Danny Garcia.

National Champion to Ranking Among Top

California Native Errol came to the limelight after winning the 2009 U.S National Golden Gloves. After that, The same year, He went on to win national amateur welterweight championships. He consecutively won the title until 2011. In the 2011 World Championships, Spence lost the quarter-final match against Serik Sapiyev. The following year, Errol got eliminated from the 2012 London Olympics in the quarter-final after losing to Andrey Zamkovoy. He finished his amateur career, winning 135 matches to 12 losses.

Shortly after the 2012 Olympics, Errol made his professional debut in boxing. In November, At the age of 22, Errol fought his first match at the professional level against Jonathan Garcia. He won the match in the third round after knocking down Garcia. His second match came against Richard Andrews and beat it with a KO. This game was part of the undercard for Amir Khan's match against Carlos Molina.

At the end of 2013, Errol had won all his ten professional matches, among which he won 8 with Knockout. In 2014, Spence only had two professional matches in which he came out victorious. 2015 was Errol's year. He started to feature in several top games and came to international recognition. In 2015, Spence began to climb the ladder of success and was named 2015 ESPN.com prospect of the year.

In 2016, Spence faced his biggest test to date. He would fight former light-welterweight titlist Chris Algieri. He won the match via a knockout, which was his eight straight wins via KO.  In early 2017, Errol got a chance to fight for a title matchup against  IBF welterweight champion Kell Brook. Spence won the match after Brook could not make it to ten counts of the referee.

In 2018, Errol went on to defeat Mikey Garcia for a title unification match. He won the game and unified the lightweight division. After this match, He contested several other competitions, among which he won all the matches.

At the end of 2020, Errol became the news for a few days after going head to head against Danny Garcia. This was a much waited for in recent time. Spence went on to win the match and kept his winning strike. This was an IBF and WBC title match.

Errol is the proud father of two beautiful daughters, Ivy Spence and Violet Spence. However, Information about their biological mother is still under investigation. Spence loves to spend his free time with his children. 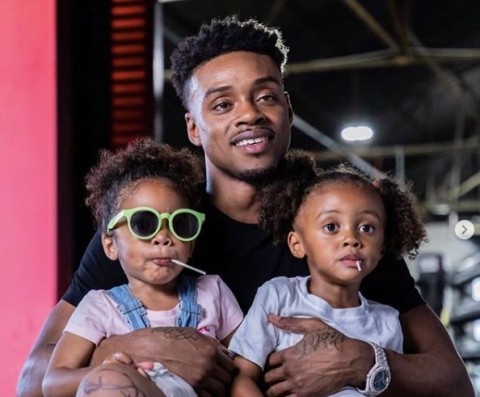 Errol shares a photo of his daughters SOURCE: Pinterest

Errol is involved in a romantic relationship with his girlfriend. They can be seen in each other's timelines regularly. Recently, The duo welcomed their first child, Errol Dallas Spence III Errol is yet to tie his wedding knot.