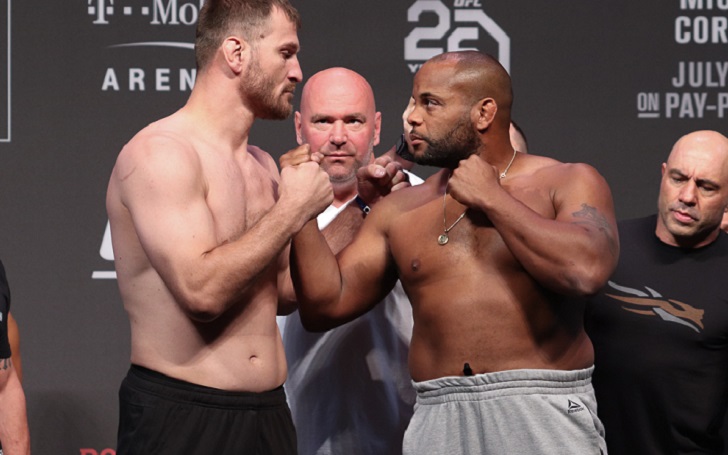 Stipe Miocic was regarded as the best heavyweight in the world before his UFC 226 bout. He defended the title three times including two fights via knockout.

The Silencer lost his title belt against Daniel Cormier at UFC 226 via brutal knockout that ended his winning streak. DC also went on to become the Lightweight champion and became the first to hold the two light-heavyweight and heavyweight title simultaneously.

DC also defended his title beating Derrick Lewis in the UFC 230 main event and also became the no. 1 p4p fighter in the world. Now, Miocic will be looking to prove his worth at UFC 241 where he will face the champion, Cormier.

Daniel Cormier believes, Miocic who is also a part-time firefighter from Independence, Ohio, is not on his level and is not good enough to beat him.

“I understand that he’s gonna be better. I think he’s a good champion. He’s a good fighter. I just don’t think he’s good enough to beat me.”

UFC 241 is scheduled to be held next month, August 17 at the Honda Center in Anaheim, California.