An American professional MMA fighter, Derrick Lewis currently competes in the heavyweight division of the Ultimate Fighting Championship. He made his professional debut in 2009.

Lewis has also competed for the Bellator MMA and Legacy FC where he was the heavyweight champion. As of March 13, 2019, his ranking is #5 in the official UFC Heavyweight.

Net Worth & Salary of Derrick Lewis; How much does he Earn?

Derrick Lewis is married. might not be married. Lewis tied the knot with his long-time girlfriend in Honolulu, Hawaii, on June 17, 2017. They were engaged. The couple met each other for the first time in April 2017.

Together they have three children, two sons, and a daughter. He is not the single child of his parents. He is one of the seven siblings and second oldest by his single mother. 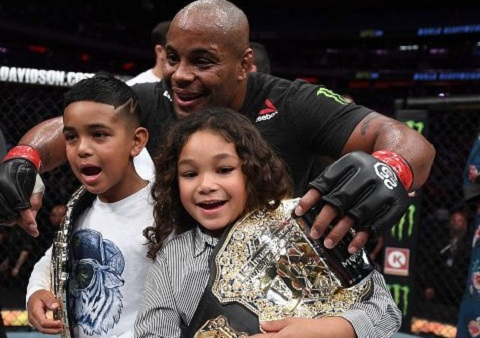 Derrick Lewis was born as Derrick James Lewis on February 8, 1985, in New Orleans, Louisiana, United States. Regarding his nationality, he is American. His ethnicity is black. His zodiac sign is Aquarius.

Derrick was raised in his birthplace. He childhood was troublesome. He was often involved in the street fighting and gang wars. In 1999, he moved with his family to Houston where he started training in boxing and martial arts.

Derrick Lewis has started His MMA career in October 2009. On his debut fight, he lost against the Jay Ross at LSAMMA. Next, he faced Tim Buchanan at the event of the United States American Combat Association. He won the fight via TKO.

In 2011, he landed his steps into the Bellator Fighting Championship. On June 25, 2011, he faced Tony Johnson at Bellator 46. He lost the bout via unanimous decision.

Lewis then defeated Marcin Tybura and Francis Ngannou. He faced Alexander Volkov at UFC 229 and defeated via TKO in the third round.

He has an MMA record of 21 wins in 29 matches. His wins include twenty by knockouts, one by submission, and two is by decision.