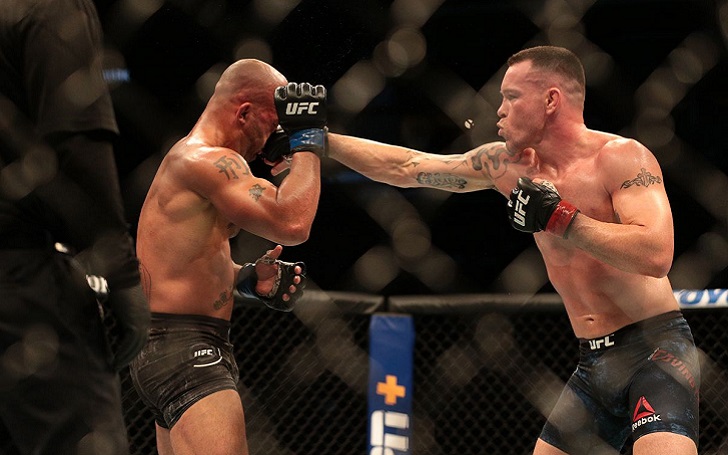 Colby Covington and Robbie Lawler headlined the Sunday's UFC event at Newark with a welterweight bout. Covington (14-1) came into action for the first time since defeating Rafael dos Anjos via unanimous decision at UFC 225 in June of 2018.

But Chaos gave no chance to question his absence with a spectacular performance against the former champion. He extended his win streak to 7 games with the win against Lawler who was last seen into action at March’s UFC 235 event where he suffered a loss against Ben Askren.

Lawler managed to throw more than 500 strikes and 6 successful takedowns which attempting 13 times. He was awarded the unanimous victory with judges score 50-45, 50-45 and 50-44.

Has no one ever taught Colby how to do a rear naked choke?

The wrestling pressure gassed on @Ruthless_RL striking but @ColbyCovMMA punch like female dog. 600 swats from those pool noodles that kids play with

@ColbyCovMMA losing power ?? @Ruthless_RL rolling with the punches, waiting for the right time to throw the KO punch...will it happen?? #ufcnewark

@Ruthless_RL KO first round over Qweef. Who wanna bet a bag?

Colby looked good today. But with the way he fought today I’ll give him 3rds max against @USMAN84kg. With his Chin up in the air like that he will be waking up in NYU hospital

Who would you like to see Robbie Lawler fight next following his lopsided loss to Colby Covington at tonight’s UFC Newark event?