Chad Haga is a well-known American professional road cycling cyclist. He has been competing in professional events since 2011 and has already won more than a dozen international events globally. Haga won the time-trial final stage of the 2019 Giro d'Italia, his first victory in a Grand Tour.

Chad Haga was born on August 26, 1988, in McKinney, Texas. He is the son of Delayne Haga and her husband, Chris Haga. Chad hasn't shared much about his early life and his parents. Haga graduated from high school, enrolled at Texas A&M University, and earned his Bachelor of Science in Mechanical Engineering in 2010. Chad stands six feet and three inches tall and weighs 72 kg.

Chad started cycling in numerous events while in High School. He raced collegiately with the Texas A&M Cycling Team and as an amateur with Team Brain and Spine Cycling and Super Squadra. After graduating from University, Haga started his professional career by joining Kelly Benefit Strategies-OptumHealth. The cyclist won his first race at the Prologue Mount Hood Classic. The following year, Haga won at the Prologue Cascade Cycling Classic. 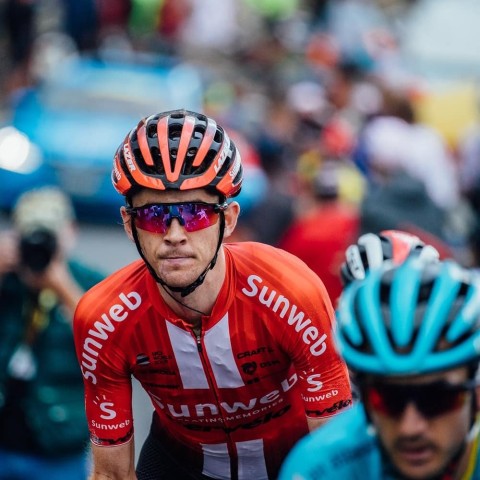 Chad prepares to race in an event SOURCE: [email protected]

Chad rose to fame in 2013 after finishing at the podium list in numerous events. He won the Joe Martin Stage Race and Prologue Tour of Elk Grove. Haga finished second in two events and third in three events. In 2014, Chad's contract with OptimHealth expired, and he then joined giant Shimano. He has been with the team since then. In 2016, Chad missed a significant injury when six members of the Team Giant–Alpecin were hit by a car that drove into on-coming traffic.

Haga had some bad seasons until 2017 and made a good comeback in 2018 when finishing second in two events of Team time trial at UCI Road World Championship and National Road Championships.  In July 2018, he was named on the start list for the 2018 Tour de France. The following season, Chad won the ITT Giro d'Italia events. Haga finished second at the 2021 National Road championship.

Chad is married to his longtime girlfriend, Kate Williams. The love birds walked down their wedding aisle in late 2016. They had a private wedding ceremony where they had invited only a few members from both the families and some close friends. Chad and Kate had been seeing each other for some time before marriage. 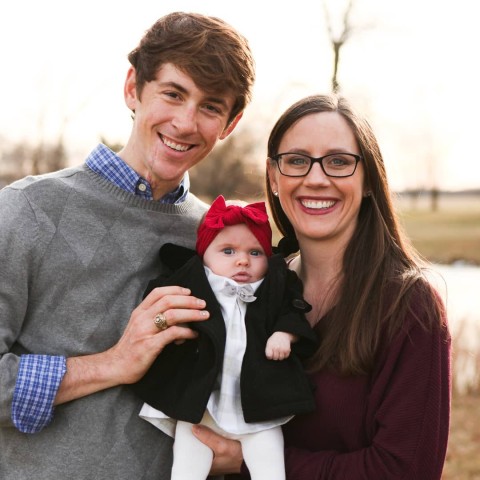 Chad shares a photo with his wife and daughter SOURCE: [email protected]

In mid-2019, Chad opened about expecting his first child. In October 2019, Chad and Kate welcomed their first child, a daughter. The cyclist is an active social media user and regularly shares photos of his wife and daughter in his timeline.

Chad Haga has an estimated net worth of more than $200,000. Haga must be earning a handsome amount from his sponsors. The average prize money for an event is more than $10,000. Chad is early in his career and will be adding much more to his net worth in the future. Caleb Ewan and Jasper Philipsen are two other professional cyclists with similar net worth.